It's YAFriday and we have more Zodiac inspired booklists!  This week we have recommendations for Libras and Scorpios. 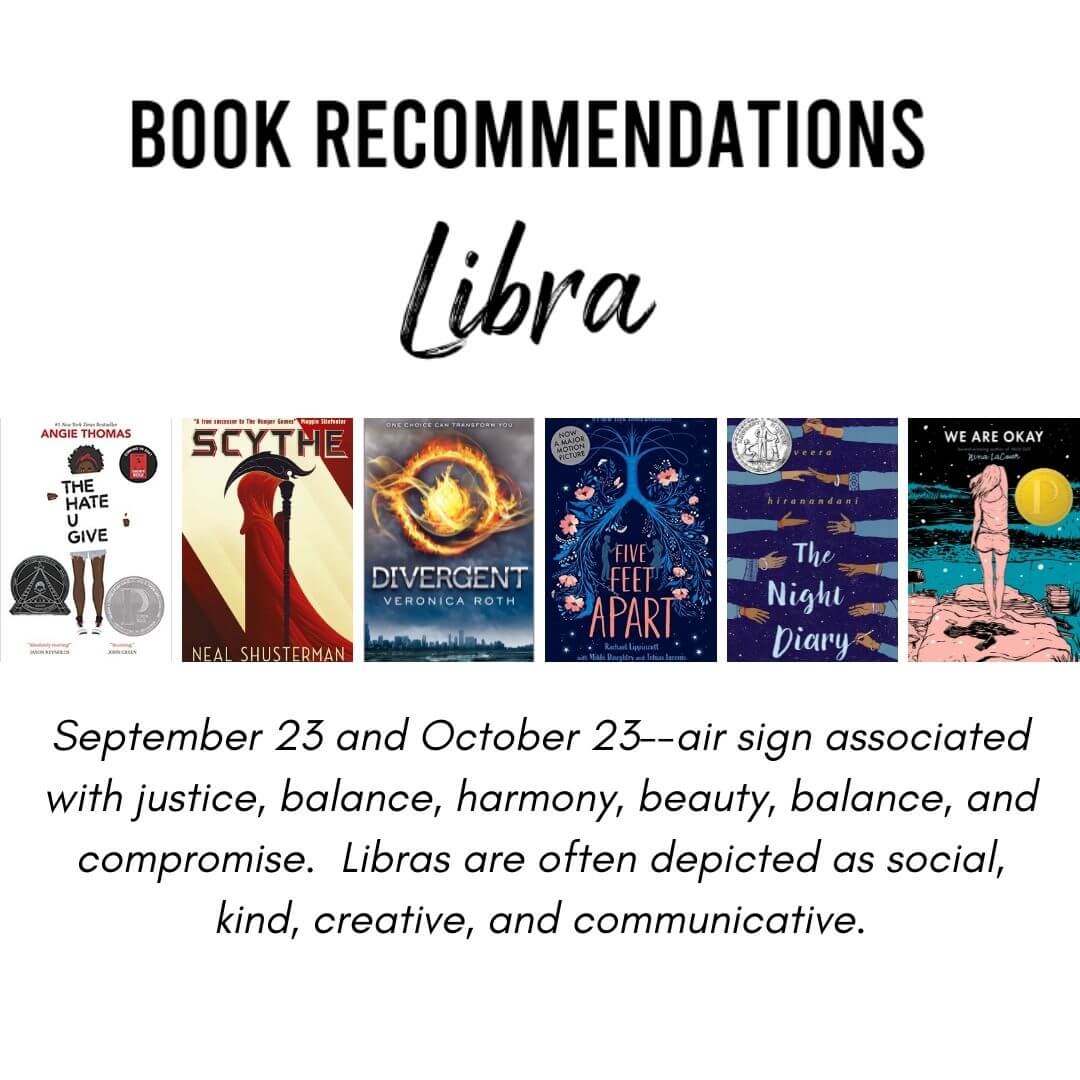 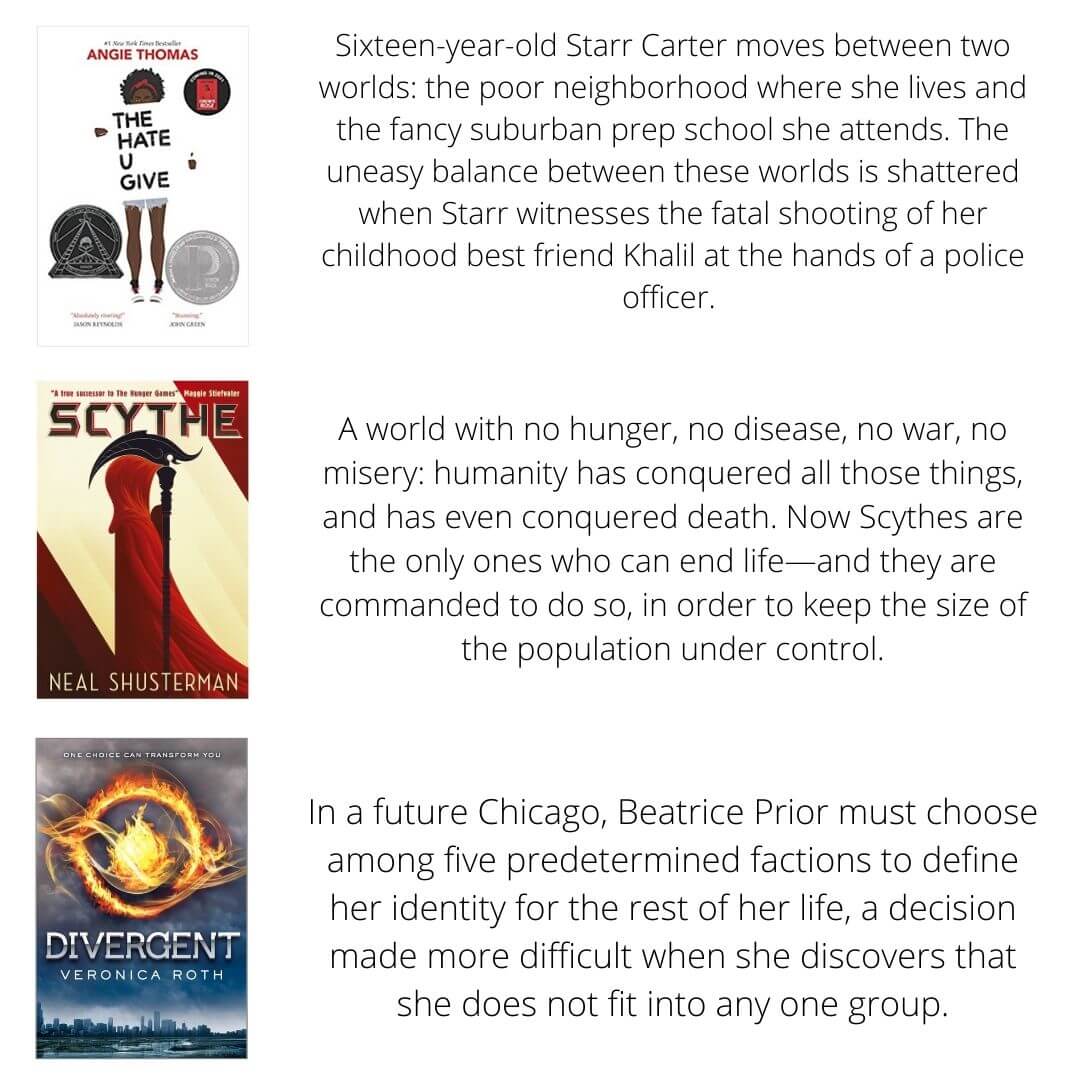 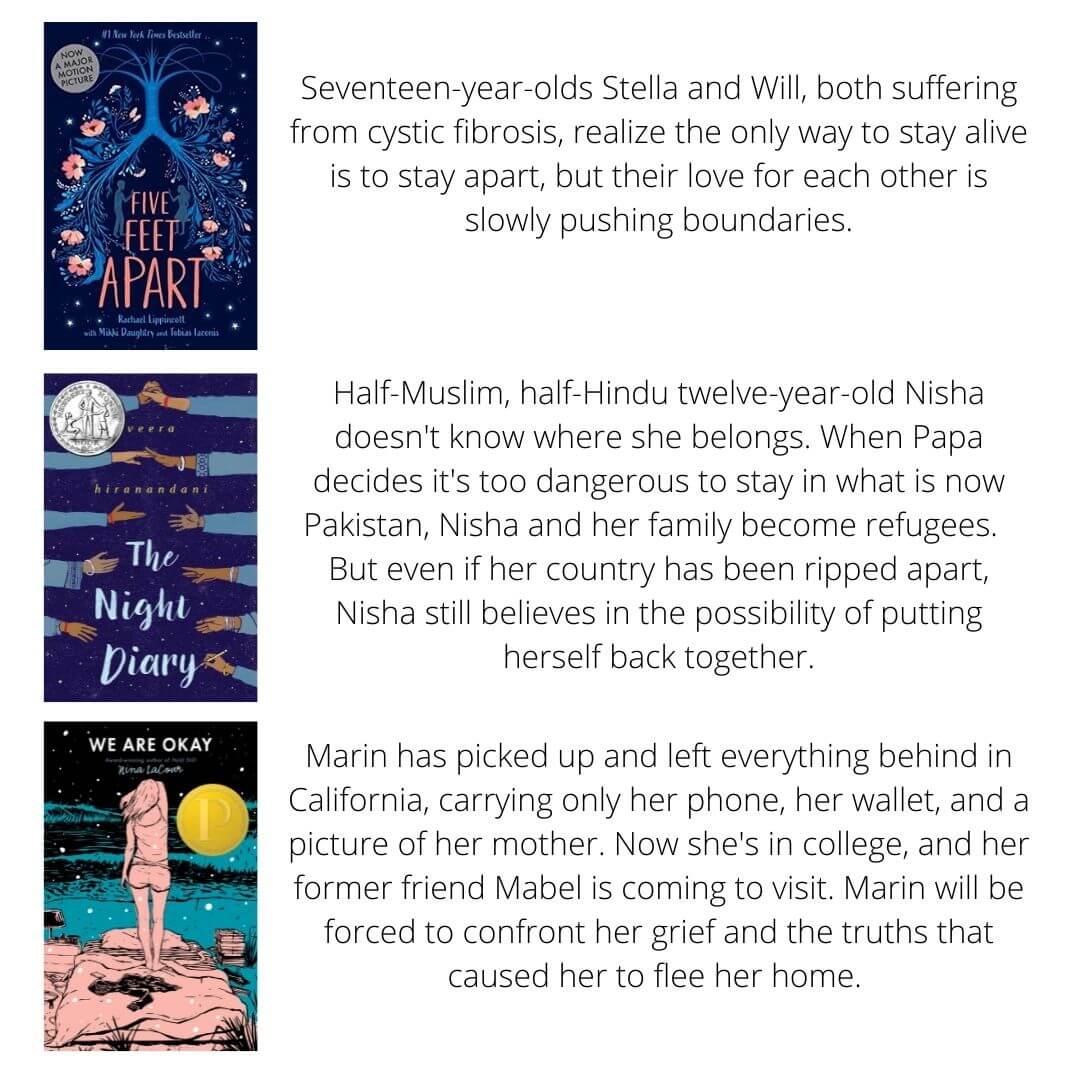 Sixteen-year-old Starr Carter moves between two worlds: the poor neighborhood where she lives and the fancy suburban prep school she attends. The uneasy balance between these worlds is shattered when Starr witnesses the fatal shooting of her childhood best friend Khalil at the hands of a police officer.

A world with no hunger, no disease, no war, no misery: humanity has conquered all those things, and has even conquered death. Now Scythes are the only ones who can end life—and they are commanded to do so, in order to keep the size of the population under control.

In a future Chicago, Beatrice Prior must choose among five predetermined factions to define her identity for the rest of her life, a decision made more difficult when she discovers that she does not fit into any one group.

Seventeen-year-olds Stella and Will, both suffering from cystic fibrosis, realize the only way to stay alive is to stay apart, but their love for each other is slowly pushing boundaries.

Half-Muslim, half-Hindu twelve-year-old Nisha doesn't know where she belongs. When Papa decides it's too dangerous to stay in what is now Pakistan, Nisha and her family become refugees. But even if her country has been ripped apart, Nisha still believes in the possibility of putting herself back together.

Marin has picked up and left everything behind in California, carrying only her phone, her wallet, and a picture of her mother. Now she's in college, and her former friend Mabel is coming to visit. Marin will be forced to confront her grief and the truths that caused her to flee her home. 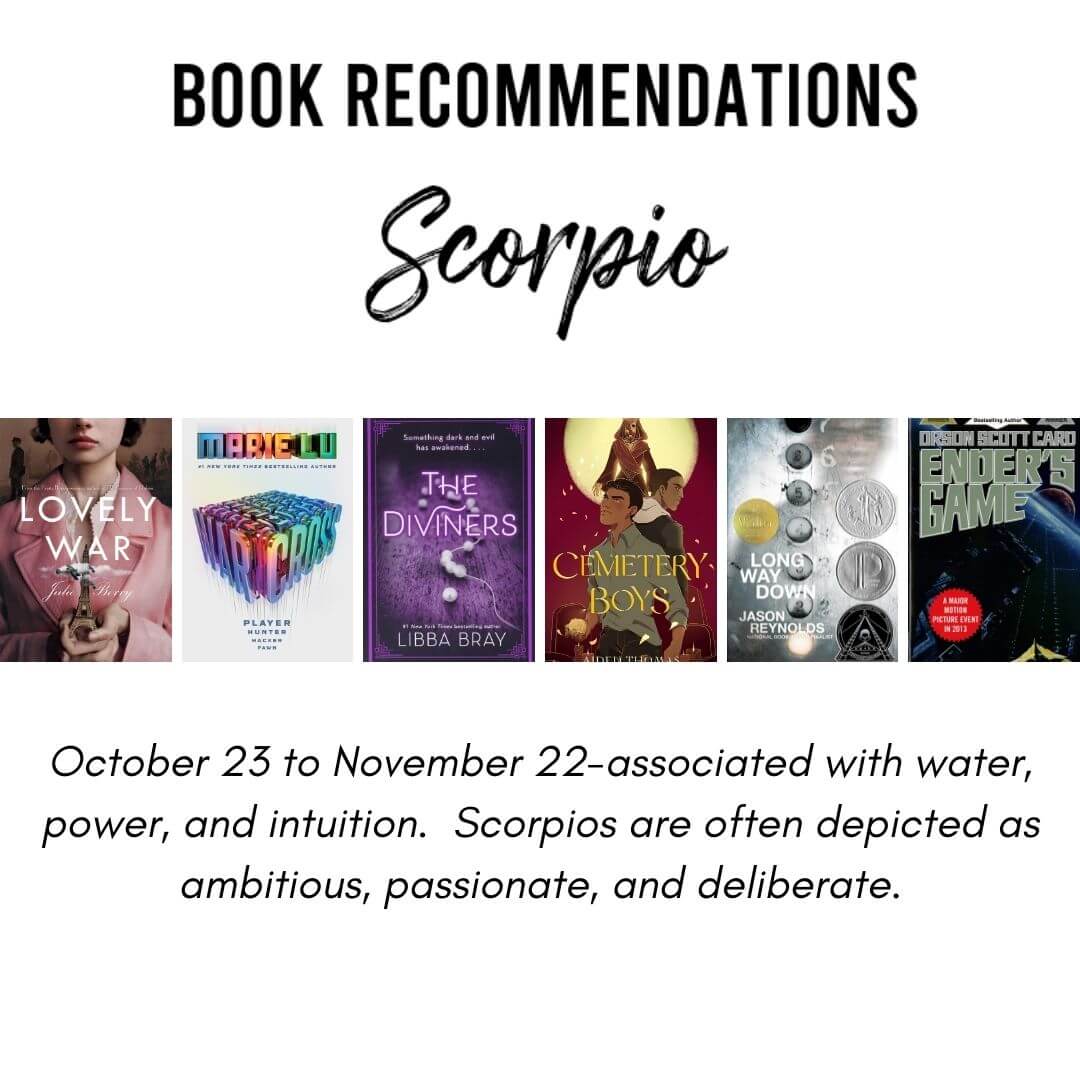 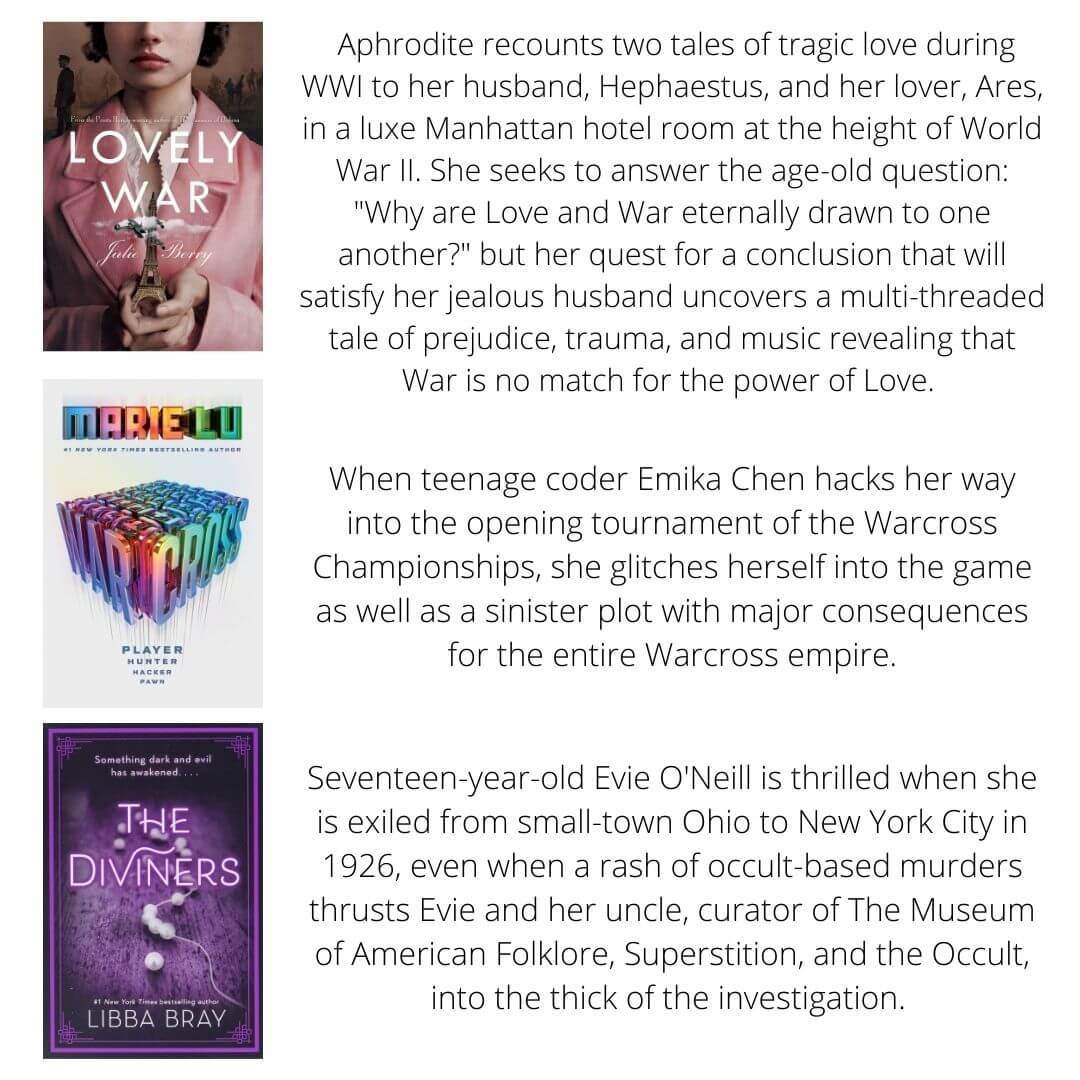 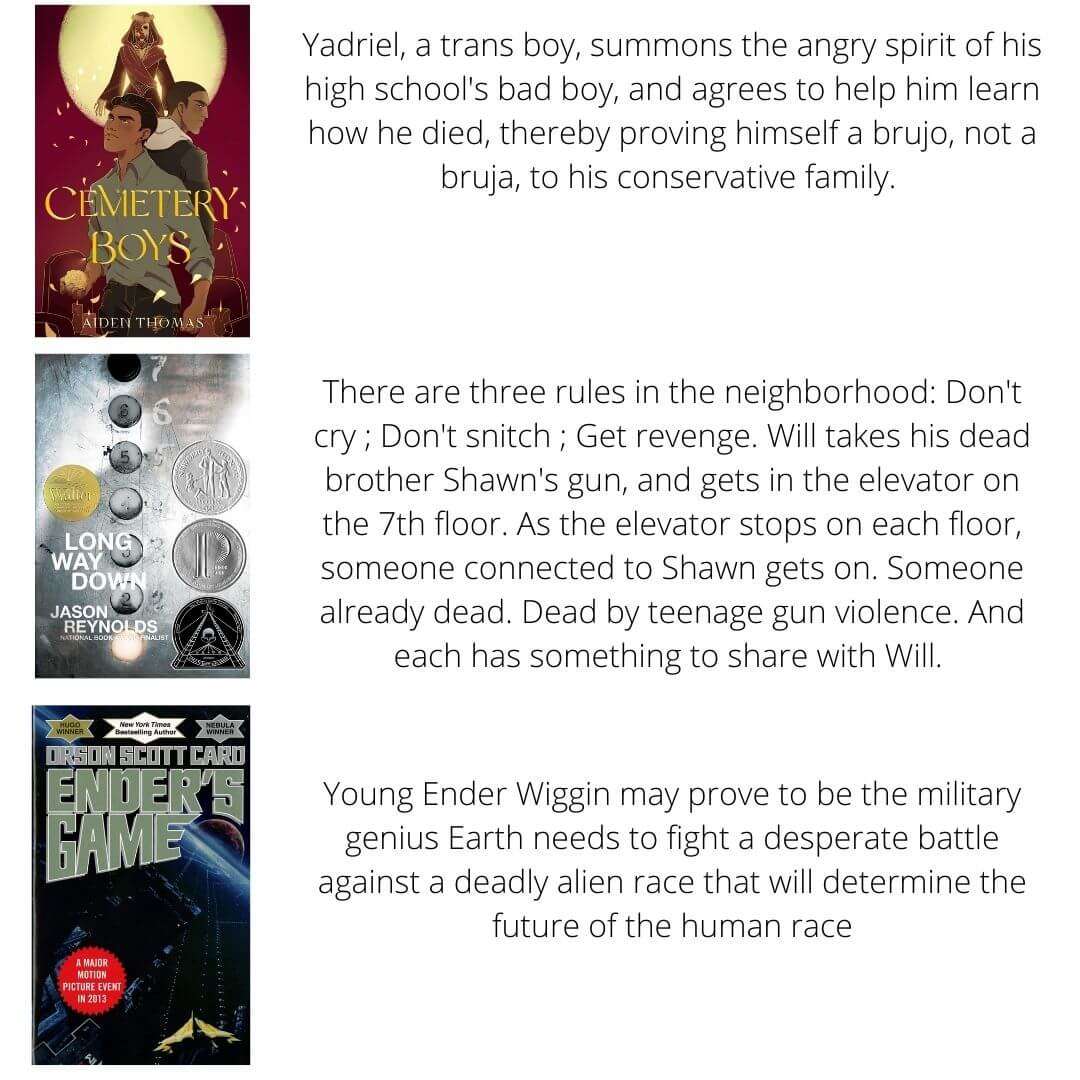 October 23 to November 22-associated with water, power, and intuition. Scorpios are often depicted as ambitious, passionate, and deliberate.

Aphrodite recounts two tales of tragic love during WWI to her husband, Hephaestus, and her lover, Ares, in a luxe Manhattan hotel room at the height of World War II. She seeks to answer the age-old question: "Why are Love and War eternally drawn to one another?" but her quest for a conclusion that will satisfy her jealous husband uncovers a multi-threaded tale of prejudice, trauma, and music revealing that War is no match for the power of Love.

When teenage coder Emika Chen hacks her way into the opening tournament of the Warcross Championships, she glitches herself into the game as well as a sinister plot with major consequences for the entire Warcross empire.

Seventeen-year-old Evie O'Neill is thrilled when she is exiled from small-town Ohio to New York City in 1926, even when a rash of occult-based murders thrusts Evie and her uncle, curator of The Museum of American Folklore, Superstition, and the Occult, into the thick of the investigation.

Yadriel, a trans boy, summons the angry spirit of his high school's bad boy, and agrees to help him learn how he died, thereby proving himself a brujo, not a bruja, to his conservative family.

There are three rules in the neighborhood: Don't cry ; Don't snitch ; Get revenge. Will takes his dead brother Shawn's gun, and gets in the elevator on the 7th floor. As the elevator stops on each floor, someone connected to Shawn gets on. Someone already dead. Dead by teenage gun violence. And each has something to share with Will.