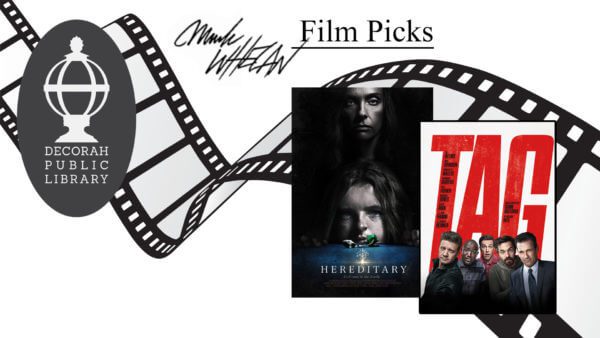 Grief-stricken by the demise of her mother, Collette contends not only in mourning but also grappling demons forwarded to her by family of which there is a history of mental illness. Coincidentally, supernatural happenings begin to disclose centering primarily around her youngest daughter.

First rate chiller with a sensational Collette leading a flawless cast. Disconcerting, repellant at times, but terrifying film nonetheless that echoes–most specifically in its climax–Roman Polanski’s “Rosemary’s Baby” and William Friedkin’s “The Exorcist.” Director and screenwriter Aster unnervingly guide us through foreboding, chokingly enclosed set pieces, camerawork (Pawel Pogorzelski) and a forceful score by Colin Stetson, instilling a sense of dread right from the onset. Shapiro

is unforgettable in small but impactful role as Charlie.

For the past thirty years–during the month of May–four friends have organized a unique kinship in an ongoing game of “tag” and are zealously determined to end the perfect streak of an elusive colleague who is getting married, marking him an easy target…or so they think.

The cast appears to be enjoying themselves for our benefit and, unlike most contemporary comedies of its ilk, this refreshingly achieves to tell its story under two hours. Renner’s evasive sequences are a riot. Based on a Wall Street Journal news item “It Takes Planning, Caution to Avoid Being It” inspired, incredulously, on a real group of friends. Their shenanigans are visible during