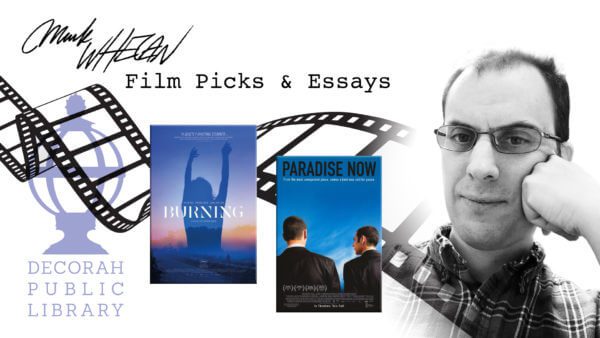 Darkly ethereal thriller casts Yoo as hapless youth smitten by an aspiring dancer (Jun). His obsession for her deepens after she introduces him to a handsome aristocrat (Yeun) who appears to have the upper hand, yet holds a troubling secret.

Hypnotic, unwieldly on occasion, but Lee ultimately succeeds at crafting a stylish and intelligent neo-noir that leaves a lasting impression. Co-scripted by the director; based off the short story “Barn Burning” by Haruki Murakami.

Friends since childhood, two Palestinian men are designated suicide bombers and while this prospect is customarily embraced with elation and reward, seeds of doubt begin to flourish as their final hours become stark reality.

Potentially polarizing subject matter is a wholly disarming journey into the heart of friendship, loyalty, and sacrifice. Skillfully paced with a sense of urgency that is refreshingly nonviolent. One of the best films of the 2000s.