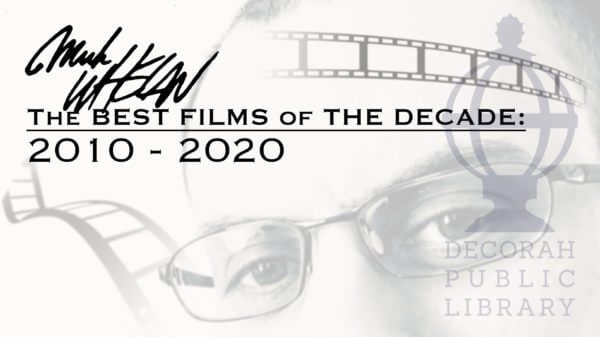 When James Cameron‘s Avatar smashed into cinemas in late 2009, its immediate success promised a new era in motion pictures: a third dimension. This wasn‘t an antiquated novelty of red and blue shaded lenses, but a technological leap ushering in a revolutionary and exciting way to experience moviegoing.

However, try as it might, that evolutionary step in modem storytelling didn‘t seem to find an audience speak. Cameron can‘t be faulted, however, as it‘s only natural for an artist, filmmaker or otherwise, to push the foundations of their craft to places unknown…if only on a technical level.

Truthfully, there hasn‘t been any great upheaval in film innovation these past ten years. The same stories are told time and time again carrying on the traditional archetypes of their thematic elements— comedy, romance, tragedy, etc. —those that defy these conventions often fail, and not gracefully, falling into the pits of eye–rolling pretense and heavy–handed high art.

It makes sense that most of the films that do succeed tend to envelope a more modest and simpler aesthetic. In a decade where gargantuan big–budget clunkers like Cloud Atlas (2012) and Transformers: Age of Extinction (2014) are vying for box–office records, gems such as A Separation (2011) and Like Father; Like Son (2014) dare to play it straight. This doesn‘t suggest quieter films don‘t hold the same level of ambition or visual fidelity that the heavyweights offer, but rather they formulate a softer yet more focussed narrative.

Aside from visual pomp and circumstance, it hasn‘t helped that the standard running time for the exemplary Hollywood blockbuster has significantly elapsed. What used to take ninety minutes to tell a story now, apparently, needs an extra hour. There‘s absolutely no need for any Transformers or Marvel Studios film to be closing in on a three hour benchmark, yet through this “more is more” and “sound by the pound” mindset we’ve adopted a new norm. Fortunately, we have a few films and filmmakers that cohesively and efficiently given us works vast in scope with a fraction of the running time: Alfonso Cuaron‘s Gravity (2013) is a prime example.

The 2010s trail–blazed a new form of media to the masses: streaming. While the open–ended possibilities of on–demand viewing brought about a higher accessibility rate for motion pictures, the practice also invited new dilemmas. We now live in a world where one of the greatest filmmakers of all time—Martin Scorsese—chose to showcase his film The Irishman (2019) on Netflix with only a limited run in cinemas. Ditto for Alfonso Cuaron‘s Roma (2018); one of the decade‘s finest. While I had reservations about The Irishman, I do not deny Scorsese‘s understanding of an art form he helped establish, and it makes me wonder, had I actually seen The Irishman in theaters, if I might’ve been more enthusiastic about my opinion of the picture. I‘m in the minority as The Irishman remains one of Scorsese‘s highest reviewed films, and it certainly shouldn‘t demerit a production based on its choice of venue. To each their own.

Motion pictures have always played an integral role in our society. Much more than simple escapism, films aid in maintaining a reflection of the times; a looking glass to which we ultimately encapsulate a fraction of our daily lives. If I can describe the 2010s in a single word it would be…well…strange.

Any decades that have films like A Separation and The Grand Budapest Hotel (2014) are reason enough to applaud, but those films were the exception to the rule. It was an era adorned with giant robots and robust superheroes, not to mention countless remakes and reboots.

I might sound pessimistic in my observations, but there‘s always diamonds to be excavated in the perpetual rough of Hollywood‘s tried and true. The How To Train Your Dragon trilogy and the spectacular—for the most part—Mission: Impossible films are thrilling examples of intelligent and fun–filled entertainment ideally suited to their perspective audiences. I‘d be remiss if I didn‘t admit having more than a little bit of delight watching some of the Marvel films (one of which actually made my list).

The 2010s changed the traditional landscape for the modem moviegoer. No matter the venue you opt to partake, whether it be streaming from modem devices or entering the hallowed halls of your favorite cineplex, it‘s never been easier to discover and enjoy the innumerable stories and visions of contemporary filmmakers. While it‘s true that not much has changed outside the realm of technological convenience, there’s no denying that the enduring might of movies is as prevalent and essential as it ever was. I‘m still thrilled to be along for the ride.