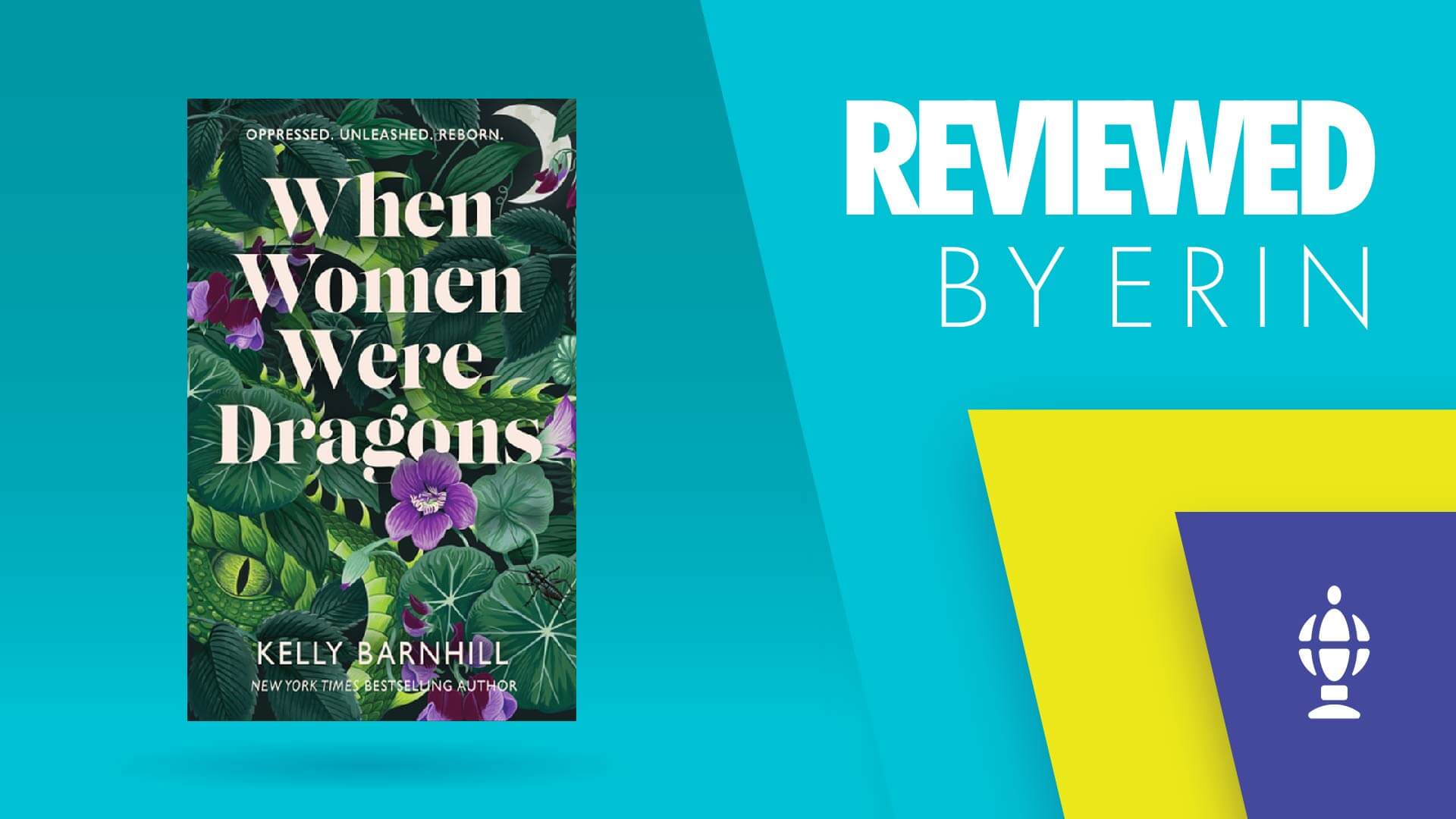 When Women Were Dragons

I received an ARC of When Women Were Dragons from Doubleday Books in exchange for an honest review.

Kelly Barnhill (author of The Girl Who Drank the Moon) makes her adult fiction debut with this alternate history of America in the late ‘50s and early ‘60s, after an event in 1955 known as the “Mass Dragoning”: when hundreds of thousands of women around the country spontaneously metamorphosize into…well, I won’t spoil it, but you get three guesses. The incident, in that time-honored American tradition, is swept under the rug. The story follows Alex Green, whose aunt Marla transforms during the Mass Dragoning (when Alex is a pre-teen), as she raises Marla’s daughter Beatrice, discovers her sexuality, pursues her education, and reckons with a country which refuses to talk about what happened.

When Women Were Dragons is an absolute delight. There are plenty of timely (and timeless) topics in play here—disinformation, misinformation, and an all-time classic: misogyny—but Barnhill also has a lot of fun by adopting a playful, tongue-in-cheek tone which allows her to approach even serious subjects with warmth and humor. Most of the story is written from Alex’s POV, but interspersed throughout the novel are snippets of research and commentary from Dr. Gantz, an elderly scientist researching the dragon phenomenon. These sections are essentially infodumps, yes, but they are never unwelcome; they do not interfere with the story, and their pleasant-but-sassy style makes them a joy to read.

Alex is a rich character who carries the rest of the book with ease. She is smart but also prideful, and her journey feels realistic for a precocious teenager navigating a world full of complexities and powerful institutions she is not entirely equipped to deal with. Barnhill portrays her sexual awakening with particular grace—there’s a real sense of longing, of emotions so big it seems like her body cannot contain them, and that longing often goes unsatisfied in a way that rang true and resonated with me. I did find myself wanting to know more about Alex’s experiences later in life (which are summed up a bit too concisely at the end of the novel), but I wouldn’t describe that as a major frustration by any means. Spending this book with Alex was a pleasure.

An aspect of When Women Were Dragons I’d like to highlight are the dragons themselves. They lean less dracarys and more “Puff the Magic Dragon,” and one reason they work so well here is because they don’t function as a “clean” metaphor: they don’t symbolize just one thing. Barnhill twists and distorts their allegorical significance throughout the novel, and she refuses to fall into the trap of establishing a good/bad binary—they just…exist, they’re a part of life, and they make the world more complicated and more interesting. The women who do not become dragons are not framed as “less than” or failures in any way, and that was a key distinction for me.

Other aspects of the book left me a bit uneasy. The “women” of the title is trans-inclusive, but that is confirmed only with a couple passing references, which doesn’t quite cut it in 2022. More troubling is that these women are referred to as women by “choice.” Granted, this novel mostly takes place in the ‘50s and ‘60s, so I don’t expect cis characters to have anything resembling a nuanced understanding of gender, but there’s an easy solution: let a trans character speak and push back against those misconceptions. It also struck me as odd, given the time period in which the book takes place, that the intersectionality of gender and race (and class, for that matter) is almost entirely ignored. It’s not quite “we put a bunch of women who have never spoken to each other on screen at the same time in Avengers: Endgame”-level feminism, but I wouldn’t say it’s much better.

When Women Were Dragons falls short in several crucial ways—it spends a lot of time telling rather than showing, it often lacks grace (characters occasionally burst into baffling, unprompted monologues that come close to breaking the fourth wall), and its approach to feminism can only be described as antiquated. But it makes up for those shortcomings with delightful characters and wonderful writing full of warmth and humor. This one will probably be a hit with book groups.