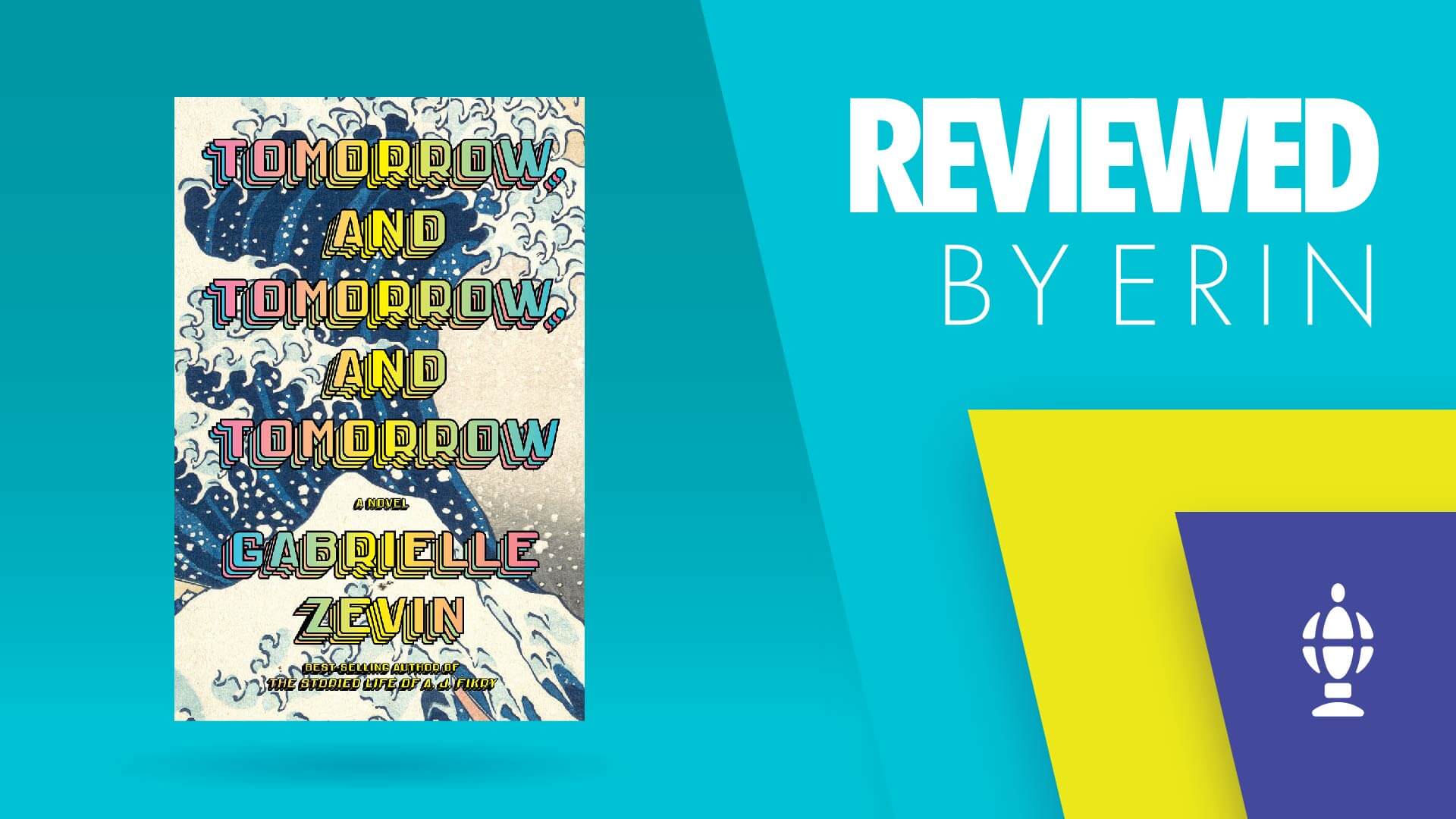 Tomorrow, and Tomorrow, and Tomorrow follows Sam Masur and Sadie Green, two friends who begin making video games together. In the aftermath of the initial success, their relationship fractures along the fault lines of gender and disability as they diverge in creative design and their reaction to fame, and as they navigate the relationship between platonic and romantic love. I don’t often fall for fictional characters the way I fell for Sam and Sadie. Even when they made mistakes, or when I was upset with something they did or how they treated each other, I always understood what had driven them to their decisions and could relate or sympathize, even when I didn’t agree. They are human in all the best and worst ways. What more could you ask for?

The supporting cast, too, is an embarrassment of riches, ranging from charismatic charmers to scumbags you love to hate (even if there are characters in the novel who hate to love them). It’s a diverse group of people who populate this book—characters of different races and genders and sexual orientations, characters who are disabled, characters of different ages and cultures and religions, and every aspect of their identities contributes to the crucible that defines a central thesis of the novel: learning how to love someone requires interaction, in much the same way that learning how to play a game requires engaging with its systems and finding out how they fit together. Zevin handles all of this with a delicate but deliberate touch, allowing her to illuminate the injustices upon which our world is constructed without descending into didacticism.

Sam provides the book with another thesis: “There is no more intimate act than play, even sex,” and Tomorrow, and Tomorrow, and Tomorrow offers up a convincing defense of that assertion. The relationship between Sam and Sadie is never reduced to romance, but I can’t remember the last time I read about a pair of characters who had so much chemistry. Even though they spend much of the novel angry at one another, the love they have for each other saturates every page, and at no point did their deep and complex friendship strike me as anything other than genuine. I want more stories about platonic love—that’s a drum I’ve been beating for a long time, and will never stop beating—and this book delivers, and delivers, and delivers. Hallelujah!

Let’s talk about video games. The game development aspect of this novel has generated an amount of hubbub I find somewhat baffling (even my ARC started off with a strangely defensive note expressing a variation of “You don’t need to be a gamer to enjoy this book!”). I am a gamer. I love games. I feel strongly that gaming, in the past decade, has far surpassed every other form of artistic media in its ability to develop empathy, showcase fresh perspectives, and construct engaging narratives. “Thankful” is not a strong enough word to express how grateful I am for a major work of literary fiction in which games feature prominently and without shame. This is all to say that I can never know what it’s like to experience this story as someone who isn’t a gamer.

That said, I found everything related to gaming to be the weakest part of the novel. Zevin goes out of her way to explain gaming concepts and terminology, but she makes these things so clear from context that they become redundant and ultimately don’t benefit anyone. I also struggled a bit with the fictional games made by Sam and Sadie and their relationship to the real games that are also referenced throughout the book. I think it’s safe to say that what the characters do in this novel would have fundamentally altered the trajectory of gaming history, and I don’t blame Zevin for not wanting to open up that can of worms—at the end of the day, Tomorrow, and Tomorrow, and Tomorrow is about Sam and Sadie, not the games they make—but I have to admit that it still contributed to a small but notable amount of friction that I felt while reading. (There are, at least, a few fun winks that will give gamers a chuckle; even though it doesn’t make sense within the context of the book, I laughed at a reference to Gore Verbinski’s dead-in-the-water BioShock movie.)

This is an audaciously structured novel. Tomorrow, and Tomorrow, and Tomorrow reinvents itself over and over, telling its story in such a way that it reflects the games Sam and Sadie are making, and although the result is messy in some ways (fuzzy around the edges might be a better way to put it), it more than makes up for it in raw energy. This is live-wire storytelling, a shock to the system that literary fiction isn’t often capable of, and it makes the book feel invigorating without coming at the cost of immersion. And this is indeed an immersive novel: Tomorrow, and Tomorrow, and Tomorrow activated the same part of my brain that is activated by the best epic fantasy—the sense of a seamless fictional world that I’m visiting not for the story, but just to be there.