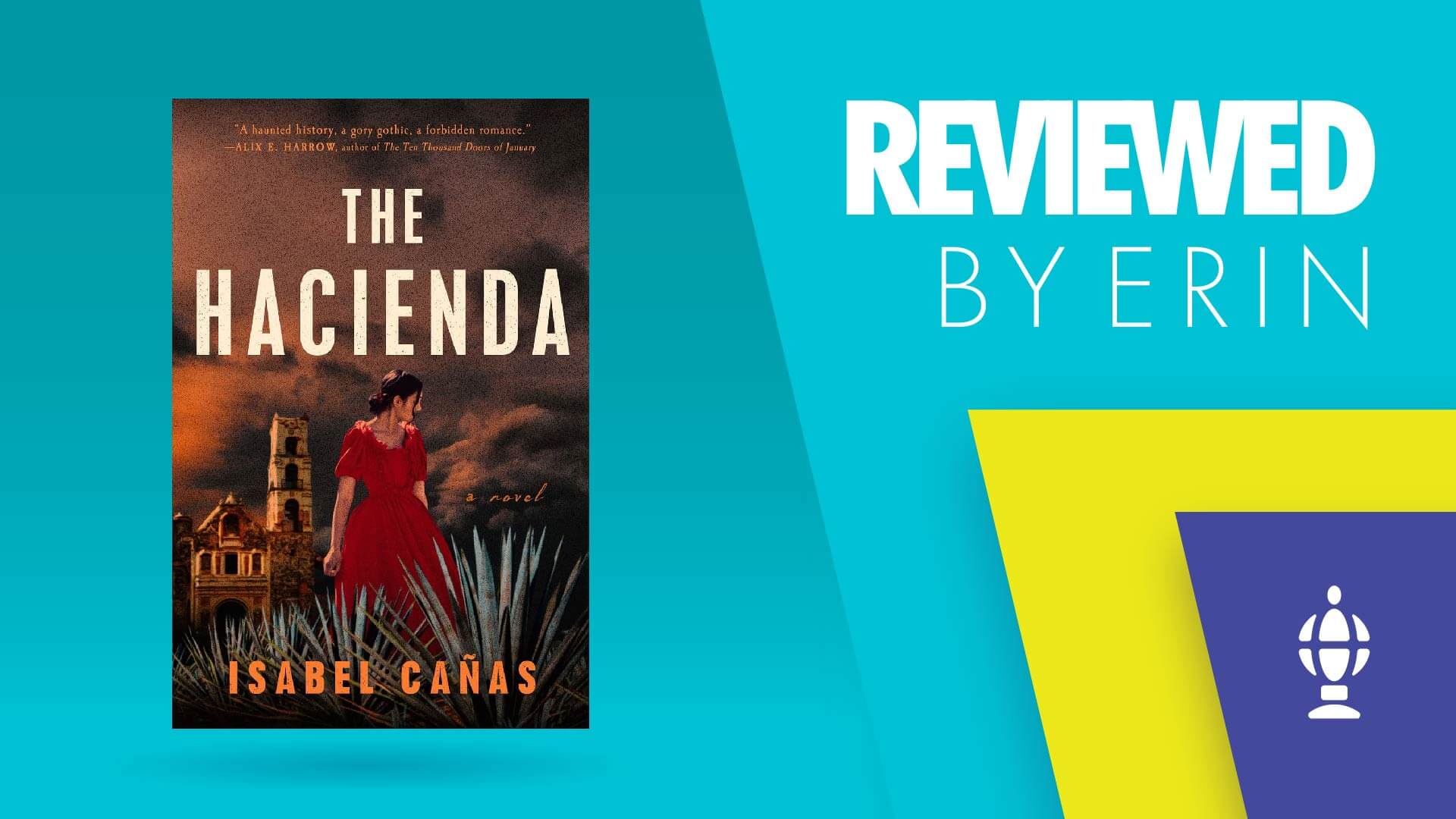 I received an ARC of The Hacienda from Berkley Publishing Group in exchange for an honest review.

Isabel Cañas’ debut novel is an anti-colonialist take on the haunted house genre set in the aftermath of the Mexican War of Independence. It follows two characters: Beatriz, who has recently married a man named Rodolfo after the death of his first wife in an effort to acquire social and financial security; and Andrés, a hot young priest who is also a witch. When Rodolfo goes to the capital so he can do Politics™, Beatriz is left behind at his (haunted) house, San Isidro, with his sister Juana, his housekeeper Ana Luisa, and Ana Luisa’s daughter Paloma.

Beatriz is a refreshingly practical character. She worries less about her own happiness and more about how she will survival (literally, but also monetarily) after the upheaval her family and her country have gone through in the early 19th century, hence why she marries Rodolfo even though she has no real romantic interest in him. She also commits herself to ridding her new house of whatever malevolent spirit is haunting it because she is determined to transform that house into a home. I love that! I’ve never encountered a haunted house story that functions as a metaphor for a woman claiming her physical place in the world, and I enjoyed that approach to the genre.

Andrés is less interesting. His character deals with faith and its insufficiency when it comes to handling real-world problems (such as haunted houses), but he isn’t given enough space in the novel for Cañas to fully unpack this theme, and the magic system is too murky to escape the realm of deus ex machina and enter the realm of emotional resonance. The Hacienda would probably have been a stronger book without Andrés as a POV character—nothing would have been lost, and it would have given Cañas the opportunity to more thoroughly explore Beatriz.

The story is pretty predictable. You’ll find all your favorite haunted house tropes and not much more, but for the most part those tropes are executed effectively; the problem is not with the horror, it’s with the framework (or the lack thereof) that supports it. The Hacienda just needs more: more depth to the characters, more context to the time period, more clarity to the magic system and how it slots into the metaphysics of the alternate history Cañas has constructed. This all comes to a head in the climactic sequence, which I can only describe as deeply unsatisfying.

Some books have a distinct moment where things just…fall apart, quality-wise. This is not one of those. But I found myself enjoying The Hacienda less and less as it progressed—there just isn’t enough going on in the way of theme or subtext, and a haunted house story without those things is like an empty, unfurnished abode. The book described by Isabel Cañas in the author’s note (an aggressively anti-colonialist horror novel) is the book I wanted, but I do not feel like that’s the book I got. Despite competent prose and a few decent spooks, my interest in The Hacienda waned steadily until, by the end of the book, it was entirely gone.

One positive note: Spanish words are not italicized in The Hacienda. Hallelujah!