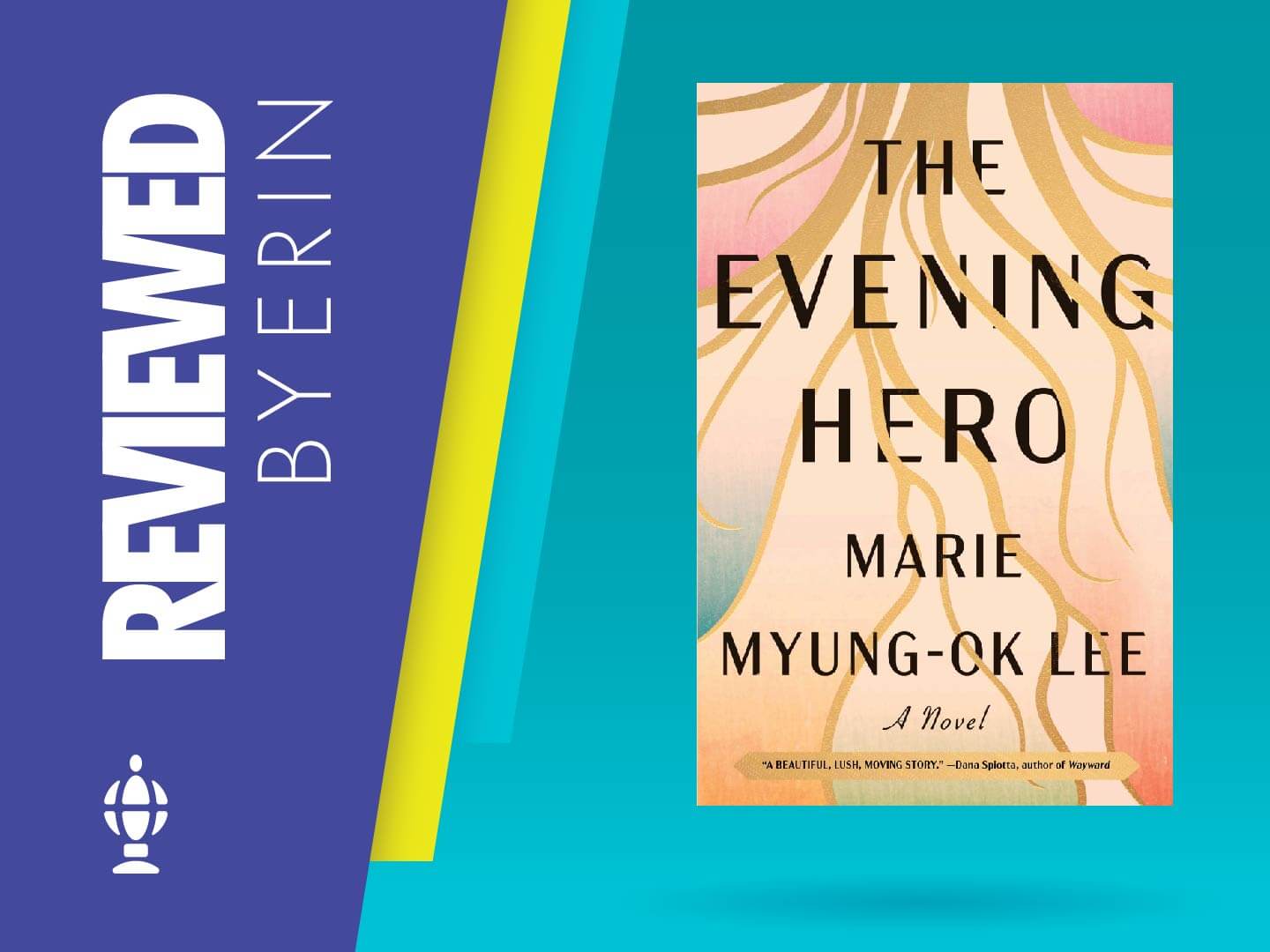 I received an ARC of The Evening Hero from Simon & Schuster in exchange for an honest review.

The Evening Hero oscillates between two stories, two time periods: the first follows Dr. Yungman Kwak, who has worked at Horse Breath’s General Hospital in Minnesota for fifty years after immigrating to America; the second follows Yungman during his childhood in Korea. The first story is a clumsy attempt at satire and the second is a crash course in the history of the Korean War, and they mesh about as well as oil and water—until the closing chapter brings them together in a way I found unexpectedly elegant and deeply moving.

I struggled most with the contemporary timeline in The Evening Hero, in which Horse Breath’s General Hospital is shut down due to financial difficulties and Yungman is unmoored from work for the first time in five decades. Lee uses this scenario to expose the insidious ways in which racism and capitalism have rotted the scaffolding of 21st-century America, but she does it in a gently humorous manner, and it was difficult for me to decipher just how funny it was intended to be when I found it so overwhelmingly sad. (The humor is more effective when detached from satire; I laughed out loud at a reference to a gynecology clinic called “At Your Cervix.”)

The flashbacks to Yungman’s childhood create a darker and more compelling story, more certain in what it is attempting to accomplish, and I appreciated how uncompromising those sections of the book were—like R.F. Kuang’s The Poppy War, it forces Western audiences (specifically American, in this case) to confront the heart of imperialism and recognize their complicity. This is where the novel truly shines: Yungman is a more dynamic and compelling character in his youth, and I was eager to learn more about that time and place in history. I wondered why we had to return to the contemporary timeline at all when it didn’t complement the flashbacks.

Then the last chapter happened, in which (minor spoilers) Yungman volunteers for MSF and goes to North Korea, the location of his childhood home prior to the 38th parallel division. I won’t say exactly what happens on this trip, but I was shocked by how beautifully Lee brought the stories and the two timelines together. When good books lose their footing and slip into mediocrity, in my experience, it occurs most often at the end—so I was pleasantly surprised to encounter the opposite here. The Evening Hero rises out of mediocrity in its final chapter.

That said, a great novel requires more than a great ending. I ultimately liked The Evening Hero but did not love it: the humor is mostly ineffective, and too much time is spent with inactive characters while the story meanders vaguely through the dystopian hellscape of 21st-century America. I was frustrated by Lee’s prose, too—something about her syntax generates just a bit too much friction, takes just a bit too long to parse. Your mileage may vary! I am glad to have read The Evening Hero despite my frustrations, if only to experience the exceptional ending.