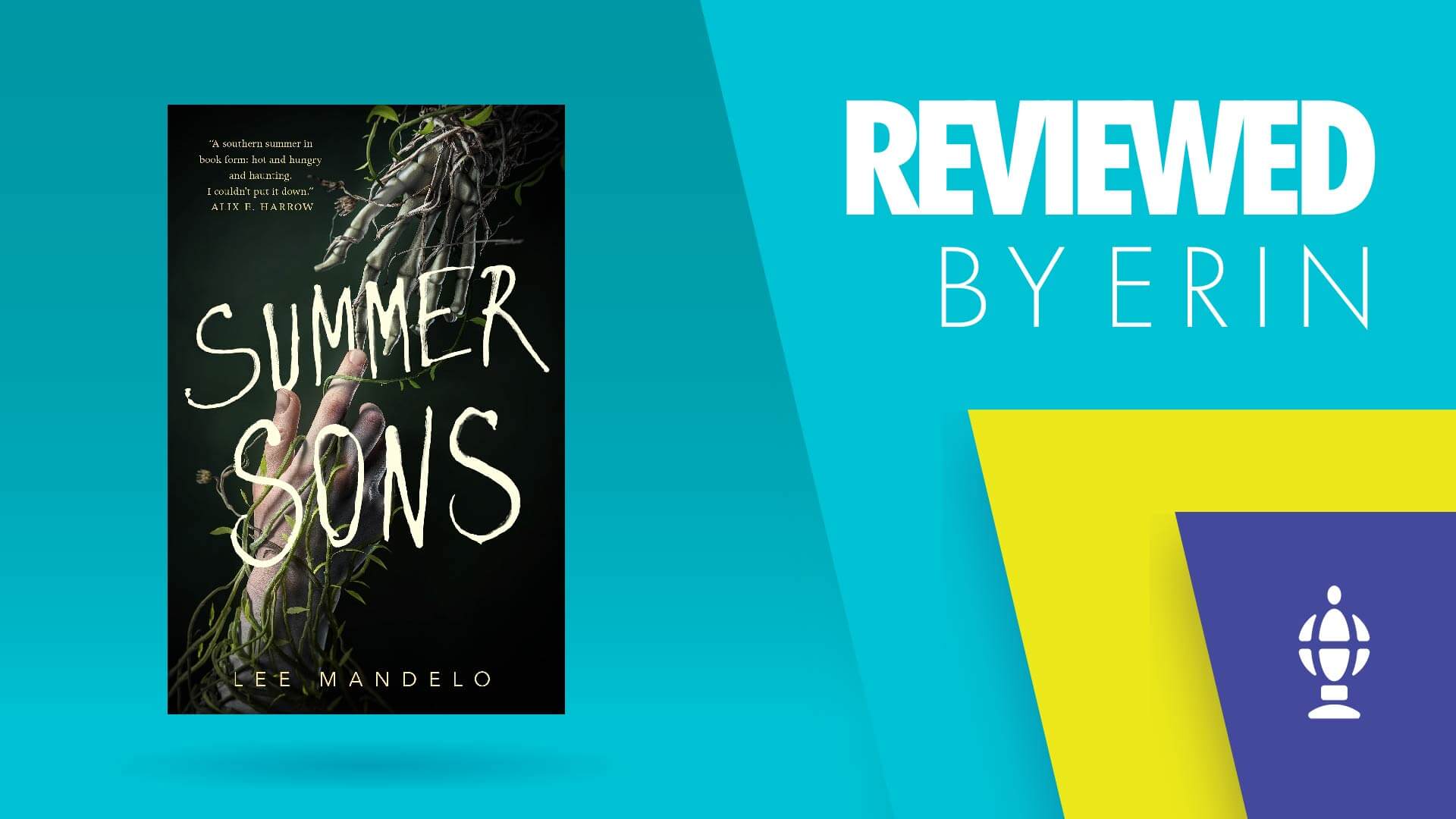 I received an ARC of Summer Sons from Macmillan-Tor/Forge in exchange for an honest review.

Remember that scene in Amadeus? We’re meant to laugh, of course—criticizing Mozart is inherently ridiculous—but this line came to mind more than once while I read Summer Sons, albeit with a slight adjustment: “Too many words!” Alas, Lee Mandelo is not Mozart, and Summer Sons is not the literary equivalent of Die Entführung aus dem Serail. Let’s back up.

Summer Sons follows Andrew after the death, apparently by suicide, of his best friend Eddie. Andrew subsequently inherits Eddie’s former life: his friends, his roommate, his graduate program, and the ghostly presence of Eddie himself. But Andrew does not believe Eddie died by suicide, and he begins unraveling the knot of relationships in which Eddie was entangled prior to his death.

I’ll start with something Summer Sons does well—atmosphere. This book practically drips with sweaty, Southern Gothic vibes; once upon a time I had to sleep in a car in a Texas parking lot during the height of summer, and in Summer Sons Mandelo captures the oppressive, sweltering heat of nights like that. This is also a novel about masculinity, and while I personally find it hard to care about that topic, I don’t think the book handled it poorly. I actually would have preferred Summer Sons lean into its themes of toxic masculinity and repressed sexuality, because they are far more interesting than the mystery of Eddie’s death or any of the speculative fiction elements.

Here ends the list of things Summer Sons does well.

The most debilitating problem with Summer Sons is, quite literally, the number of words—or, more accurately, the ratio between the number of words and what is being communicated. It’s not just the excruciating detail—the extensive descriptions of how characters are positioned or the relentless step-by-step accounts of Andrew checking his text messages, which quickly become borderline unbearable—it’s that this book never uses ten words when it could use twenty, leaving every sentence swollen and bloated with empty calories. Here’s an example:

“Andrew tapped the speakerphone icon and balanced the phone on his palm, saying, ‘Tell her hello from me.’” This could have been written as: “Andrew put him on speaker. ‘Tell her hello from me.’” An eighteen-word sentence becomes a ten-word sentence, and no information was lost along the way. I read an ARC, so this example may not appear verbatim in the published text, but the same principle applies from the first to the final page.

Summer Sons also fumbles its handling of sensitive issues, namely race and suicide, although I can’t delve too deeply into either without spoiling the end of the novel. The importance of race to the thematic concerns of this book is explicitly acknowledged within the text and then casually dismissed rather than addressed in any meaningful way. Suicide is confronted more directly, but Summer Sons reinforces some fairly gross tropes about the topic which didn’t sit well with me.

Three simple—not small, but simple—changes would have rectified the most egregious shortcomings in Summer Sons: 1. Cut the wordcount by 25-50%, depending on other changes, which would have done wonders for streamlining the pacing and facilitated a smoother, more engaging read. 2. Create a secondary timeline flashing back to Andrew’s relationship with Eddie prior to the latter’s death, which would have given the reader a reason to care about Andrew’s emotional arc. This also would have improved the pacing. 3. Make West (the only prominent Black person, and by far the most interesting person, in the book) a POV character, which would have allowed the novel to wrestle more deeply with its themes of race and sexuality in addition to (you guessed it) improving the pacing.

Some bad books leave me angry because they are devoid of redeeming qualities; that is not the case here. Summer Sons left me a little angry, but mostly it left me baffled, disappointed, and frustrated—the potential is there, and that potential could so easily have been realized by ruthlessly editing and reorienting the focus of the novel.