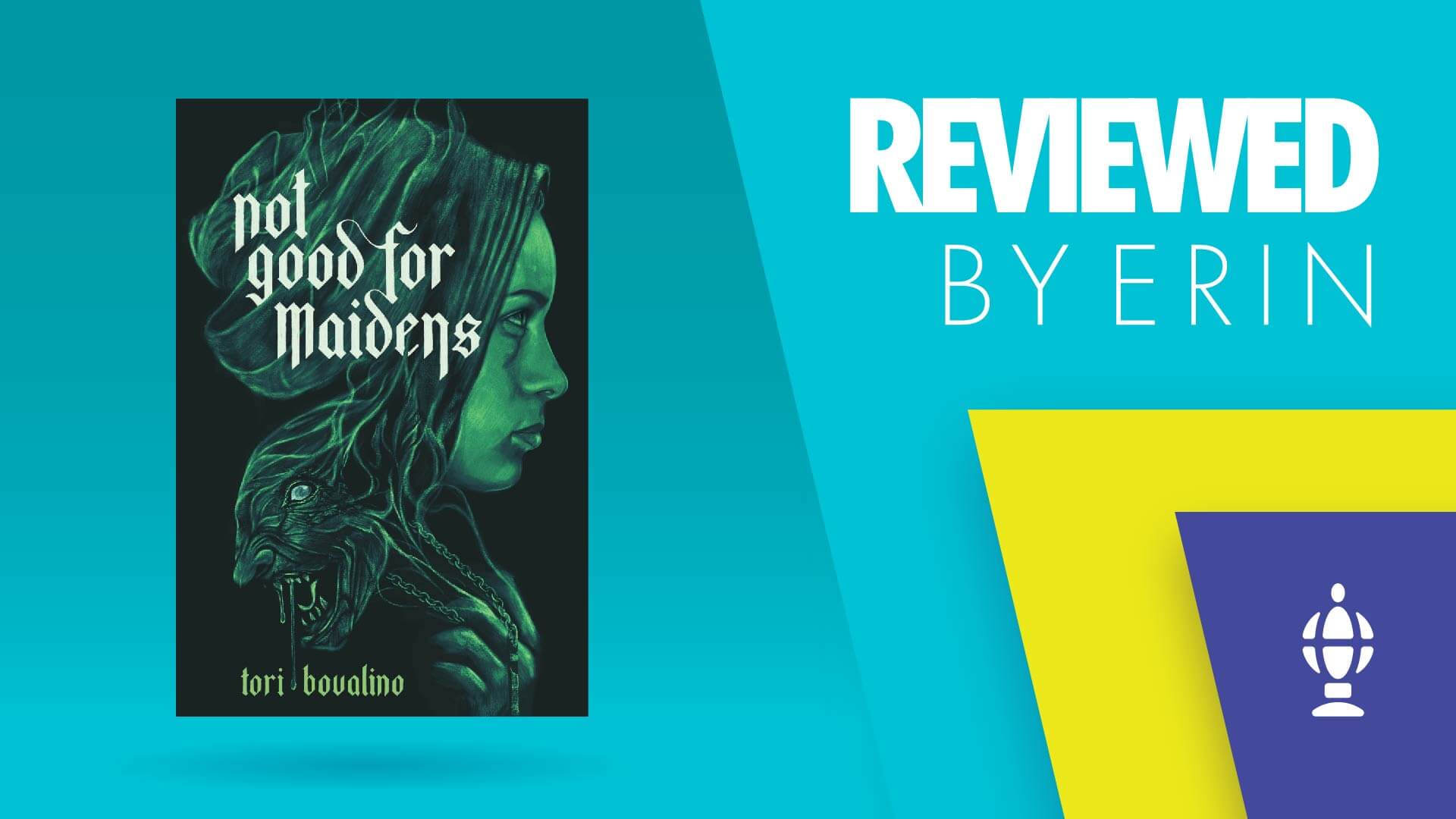 Not Good for Maidens

I received an ARC of Not Good for Maidens from Page Street Publishing in exchange for an honest review.

I have fond memories of encountering Christina Rossetti’s “Goblin Market” for the first time in college, but it doesn’t seem to have a strong grip on pop culture the way some poems do, so I was eager and excited to discover a book inspired by it. It was with disappointment, then, that I found out that Tori Bovalino’s Not Good for Maidens (what a title!), although it features some striking imagery and carries forward the queer coding and latent sexuality of the original text, struggles to cohere its nebulous worldbuilding and half-baked themes across multiple timelines.

The contemporary timeline follows Lou, a young woman whose aunt Neela is kidnapped and taken to the goblin market. Lou’s quest to rescue Neela forces her and her family to reckon with their experiences involving the market several decades earlier. The other timeline follows those events from years before, when Lou’s aunt May became involved with a goblin named Eitra. May must confront the trauma she went through in order to help Lou get Neela back.

The dual timelines are probably the biggest problem with Not Good for Maidens. May is a more interesting character than Lou, and the past timeline is more interesting than the present, but the most frustrating part is that the parallel timelines fail to illuminate one another in any meaningful way—they are hardly more than two similar stories threaded together, and even though they are primed to comment on queer relationships, familial relationships, and intergenerational trauma, they never do so. This book might have been better if it had been a novella about May. Multiple timelines should not be employed without a darn good reason, and there isn’t a good reason here.

The worldbuilding is an absolute mess. Witches are a part of this story for some reason, but they are shoehorned in without much explanation, and the relationship between the goblin market and the real world never quite locks in. The horror elements of the market are emphasized (this is on the darker side of YA), but the more crucial aspect—temptation—is lost, which strips the themes of resonance and the characters of sympathy. Bovalino’s prose is at its strongest when she leans into the frightening imagery, but it is otherwise sluggish, dense but lacking substance.

I’ve listed a lot of negatives here, but I don’t think this book is bad so much as a baffling case of unrealized potential that needed more time in the metaphorical oven. A tighter structure might have prevented that potential from being buried under so much padding and so many muddled themes. I hope to someday find an invigorating modern take on “Goblin Market,” but this wasn’t it.