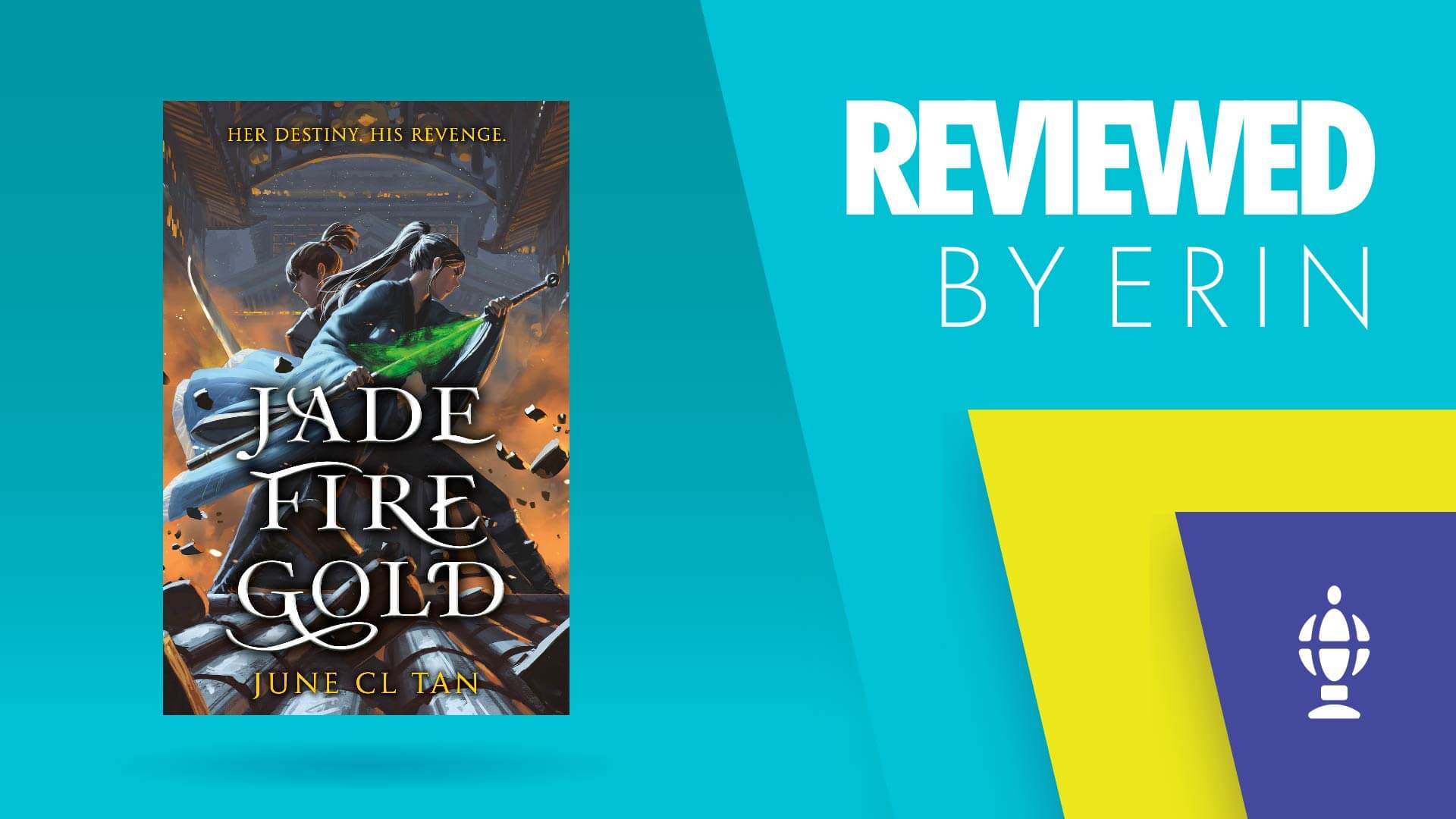 I received an ARC of Jade Fire Gold from HarperCollins Children’s Books in exchange for an honest review.

It’s not often you find a book so cleanly bifurcated in quality. The first half of Jade Fire Gold is almost uniformly excellent, a rich and textured tale of poverty, oppression, political intrigue, and familial and national legacy set in a vividly-realized world; the second half of Jade Fire Gold is a fantasy adventure which eschews immersion and character development in favor of getting to the end of the story, leaving behind almost everything that made the first half so exceptional.

June CL Tan’s debut takes place in an Asian-inspired fantasy world where some people can control elements (water, earth, fire, air, and metal). It alternates between the perspectives of Ahn, a young woman with the dangerous magical abilities of a fabled figure known as the Life Stealer, and Altan, an exiled price looking to redeem the legacy of his family by slaying the Life Stealer.

If that sounds like it has some similarities to Avatar: The Last Airbender, you’re right! I am a longtime fan of The Last Airbender, and there are plot points in Jade Fire Gold I probably wouldn’t have been able to predict—or at least wouldn’t have predicted as quickly—if I hadn’t seen the show. This didn’t bother me in the least, but I can imagine it being a double-edged sword for some fans. Jade Fire Gold scratches the Avatar itch; it also has difficulty escaping the shadow of The Last Airbender’s superior storytelling, particularly in regard to the magic. I frequently forgot characters could control elements because it is so tangential to the novel.

Jade Fire Gold has two problems—one is a minor annoyance, and the other nearly brings the book crashing down. The first problem is that Ahn and Altan suffer from similar narrative voices; although the writing is strong for each, they are borderline indistinguishable, and I often found myself re-reading (especially when the chapters became shorter and the POVs began to alternate more rapidly, and not always consistently, in the second half of the novel) just to remind myself whose perspective I was in. It’s not a dealbreaker, but it is frustrating.

The second problem is, well, the whole second half of the book. The pacing suddenly switches to Ludicrous Speed, and anything resembling realistic character development goes flying away like Dark Helmet in Spaceballs. People fall in love for no apparent reason, plot twists breeze by weightlessly, and side characters—who are almost universally more interesting than Ahn and Altan (I’d like a novel about Tai Shun and Tang Wei, and I’d like it now)—are unceremoniously shoved to the sidelines. It’s almost shocking how quickly Jade Fire Gold drops in quality; the book as a whole is kept afloat only by its strong writing, which remains mostly undiminished even as the pacing careens out of control.

Jade Fire Gold is simply too short. If the second half had been two or three times longer, if it had given the story time to breathe and develop, this would be a powerhouse debut. But there is a great deal of promise and potential here, and I am looking forward to what June CL Tan brings us next.