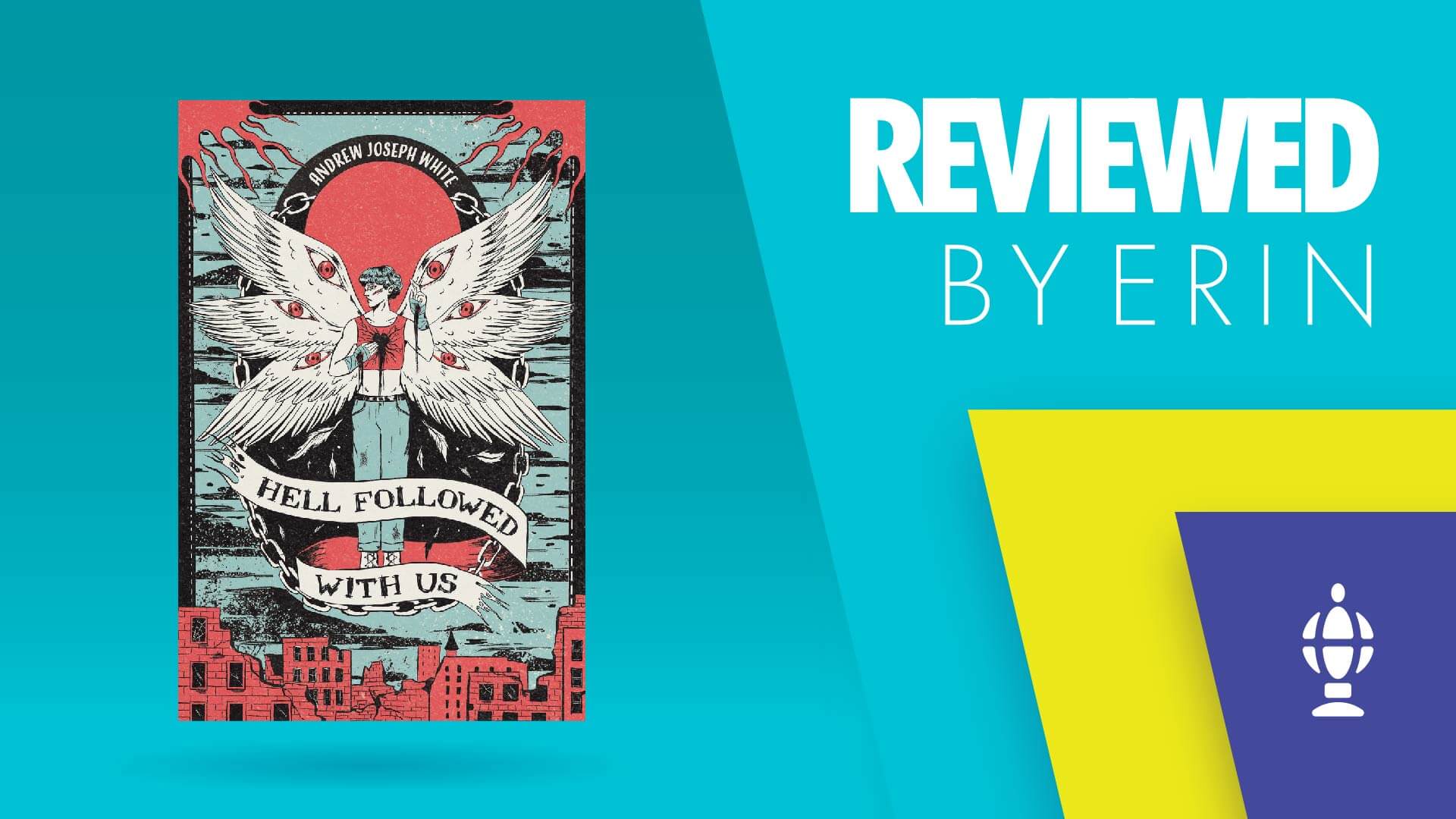 Hell Followed With Us

I received an ARC of Hell Followed With Us from Peachtree Teen in exchange for an honest review.

Hell Followed With Us left me deeply conflicted. It takes place in a world in which a cult has used a bioweapon to eradicate most of humanity, and focuses on Benji, a sixteen-year-old trans boy who is on the run from that fundamentalist sect and finds refuge with a group of queer teens who have managed to survive the apocalypse—but they don’t know that Benji is infected, and he will soon transform into Seraph, an abomination capable of completing the cult’s destructive work.

Let’s start with the good: this is probably the queerest book I’ve ever read. Almost every major character is part of the LGBTQ+ community, and this allows White to do something I haven’t encountered often in literature—portray a spectrum of perspectives on queerness from queer characters. They openly disagree on subjects such as binding, pronouns, and transitioning, and not only is it extraordinarily refreshing, but it made me (as a trans person) feel seen in a way that I haven’t even from many novels featuring queer characters. It’s a great reminder, too, that our community is not a monolith, but is made up of individuals who are still figuring things out.

White’s prose, while not exceptional, is solid and satisfying. He doesn’t shy away from gory detail; Hell Followed With Us certainly ranks among the most violent YA books I’ve ever read, and the body horror is off-the-charts bonkers. (I’d love to know if White was influenced at all by The Last of Us, because the imagery often evokes Naughty Dog’s 2013 masterpiece. The name of the bioweapon—the Flood—also brings Halo to mind.) The sheer madness on display here is in some ways reminiscent of Gideon the Ninth, although White lacks Muir’s irreverence and impeccable craftsmanship.

Other aspects work less well. Characters aren’t always given the time and attention they deserve because the story is so stuffed with action and violence and paced at such a breakneck speed, and the stakes are muddled at best: conversations about the subtleties of queerness seem out-of-place in a post-apocalyptic setting, and that setting also makes it difficult to become invested when I, as a reader, am asked to care about the fate of humanity rather than individual characters. Hell Followed With Us would have benefitted from a smaller scale and more intimate focus.

All in all, it’s a mixed bag. The speculative fiction elements don’t always mesh well with the nuanced depictions of queerness, and I would have preferred more of the latter than the former. But there’s a lot to like here—Hell Followed With Us isn’t quite like anything else I’ve ever read, and I am curious to find out what White does next.