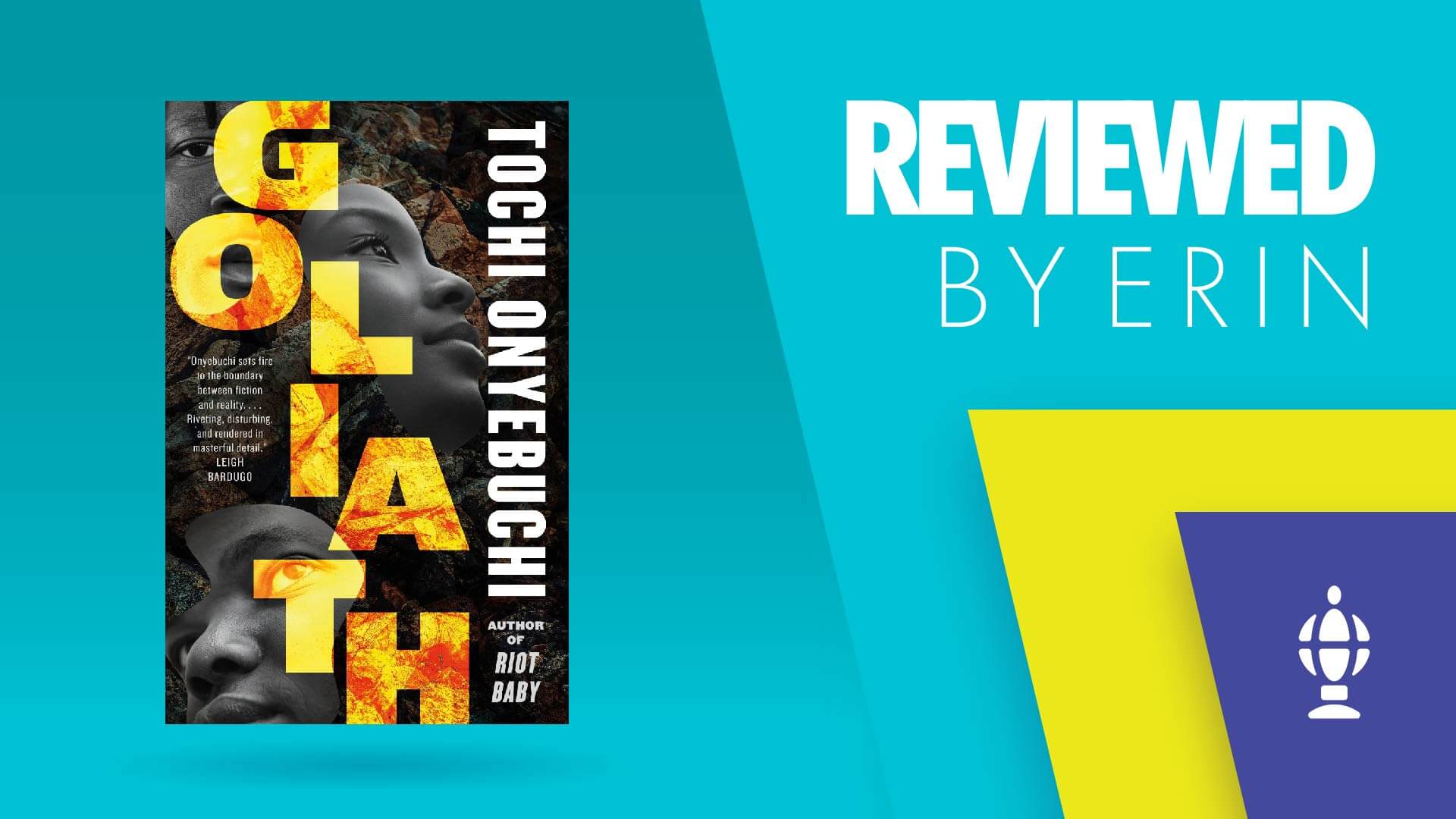 I received an ARC of Goliath from Macmillan-Tor/Forge in exchange for an honest review.

I seem to have bad luck with books called Goliath. Scott Westerfeld’s Goliath left me disappointed a decade ago, and now I’ve had the same experience with Tochi Onyebuchi—but with a key difference: Onyebuchi’s Goliath is much better than Westerfeld’s. The problem this time is that I had difficulty connecting with the characters because the book doesn’t feel like it was properly assembled—it reads like a half-baked collection of short stories gerrymandered into a novel, and the juxtaposition of the vignettes causes them to clash rather than complement one another. I know there’s a good book here; unfortunately, I was unable to find my way to it.

Goliath takes place in the 2050s, and the US has become like Detroit on a macro scale—the haves are leaving Earth for space colonies, and the have-nots are being left behind in a world that is crumbling into disrepair. The story is splintered between several characters who each reveal a different facet of this “not with a bang but a whimper” apocalypse, and I do mean splintered: the POVs do not mesh neatly, and that may well be the point, but I found it exceedingly difficult to transition from one character to another, and I repeatedly put the book down because I was flung out of the story by these switches and then struggled to get back in again. It’s frustrating.

That said, there’s a lot to like in Goliath. Onyebuchi’s prose is rich and dense, the kind that forces you to slow down and take it in small bites, like a too-sweet dessert. It’s exquisite writing. This is also a Smart Book for Smart People™—it is saturated with socio-political commentary and literary allusions (surprise: there’s a character named “David” in this novel called Goliath), and I sometimes found myself struggling to hold on as Onyebuchi added layer after layer after layer. This is the kind of book I probably would have had a better experience with if I had engaged with it in a classroom setting, which has made a major difference for me before.

I’m not sure what to do with Goliath. I didn’t enjoy reading it, and I didn’t feel enriched by it. But I’m not comfortable claiming it’s a bad book—quite the opposite. I found some passages to be legitimately breathtaking; the first page of the novel is nothing less than a masterclass in worldbuilding, and Onyebuchi consistently demonstrates an extraordinary command of language throughout the book. But I can’t shake the feeling that this novel would have better achieved what it wanted to do if it had been restructured into a collection of interlinked short stories and allowed its characters to have cleaner and more contained arcs within their shared world.

Whether Goliath works for you, I suspect, will depend less upon the kind of stories you like than upon how you like your stories told. Even though it didn’t work for me, I would encourage you to give it a shot and find out for yourself.