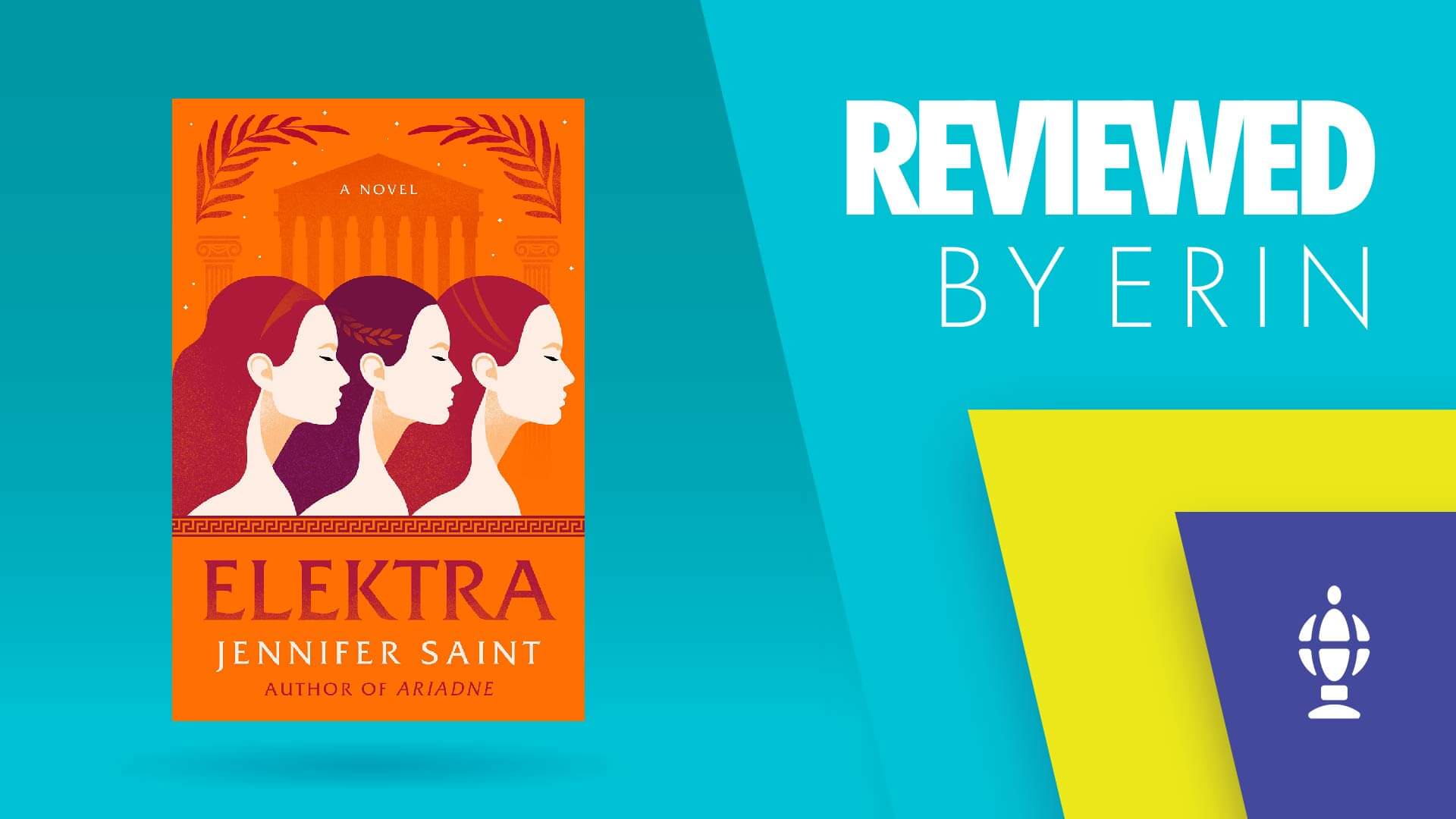 I received an ARC of Elektra from Flatiron Books in exchange for an honest review.

Jennifer Saint’s follow-up to Ariadne is called Elektra, but that is somewhat misleading—the titular character shares this story, which encompasses events prior to and during Homer’s Iliad and Aeschylus’ Agamemnon, with Clytemnestra (her mother) and Cassandra of Troy (The Trojan Women, or something similar, might have been a better name for this book; even though Elektra and Clytemnestra are not from Troy, it still shapes their story, and I don’t think Euripides, who is currently very deceased, would mind the title of his play revitalized). I am glad Saint chose to tell this story from multiple POVs—the scope and interplay between the three central characters is crucial—but as the book becomes more thematically complex, she struggles to make it cohere.

Clytemnestra’s story is the most straightforward and the most engaging: her husband, Logan Roy Agamemnon, sacrifices their daughter, Iphigenia, to curry favor with the gods prior to sailing for Troy, and so she waits for him to come home so she can kill him. The chapter in which Iphigenia is sacrificed is a highlight of Elektra—Clytemnestra and her daughter are in the dark about what Agamemnon is planning (he tells them Iphigenia will be marrying Achilles, which surely should have made them suspicious; we all know Achilles and Patroclus are OTP), and Saint effectively builds a sense of mounting dread as the chapter closes in on its bloody finale. Clytemnestra has clear motivations as the novel moves on, and after she has had her revenge (…spoilers?), Saint brings her emotional arc to a surprisingly lovely conclusion that speaks to vengeance as a theme.

Elektra is handled a bit more clumsily. She continues to idolize her father even knowing that he killed her sister (she justifies it the same way he does, as a cruel necessity within their religious worldview), and she plots against her mother even as her mother plots against her father. It’s a fascinating contrast of ideologies, but because Saint never quite manages to convincingly put the reader into Elektra’s headspace—a headspace warped by a culture so savage that it seems almost alien, at least to me, although its patriarchal nature is far from unfamiliar—her side of the story never truly feels like it becomes a legitimate complement or counterpoint to Clytemnestra’s. Worse, her youth strips her of agency and prevents her from becoming a fully active character.

Cassandra is completely fumbled, and that’s especially disappointing because she has the most potential: her story resonates through time in a way that Clytemnestra’s and Elektra’s don’t. She rejects advances from Apollo and is cursed with the gift of foresight—but when she speaks her prophecies, no one believes her, which is not a thing that has happened to any woman ever (/s). This particular plot, though, doesn’t have anything interesting to contribute thematically, nor does it mesh well from a structural standpoint; it crashes into Clytemnestra’s story with all the grace of a runaway train, and I found myself somewhat baffled as to why it was included at all.

Elektra is a decent book. Saint’s prose is not exceptional, but it is competent, and she does occasionally muster a striking sequence or bit of imagery. Cassandra’s story is an absolute disaster and Elektra’s isn’t particularly strong, but Clytemnestra carries most of the novel with confidence. I wouldn’t go out of my way to recommend Elektra when the market is saturated with Circe-likes, many of which are better than this (including Vaishnavi Patel’s exceptional Kaikeyi, which published only a week prior), but I wouldn’t warn anyone away either. If you can’t get enough of books like these, you will likely find Elektra sufficiently satisfying.