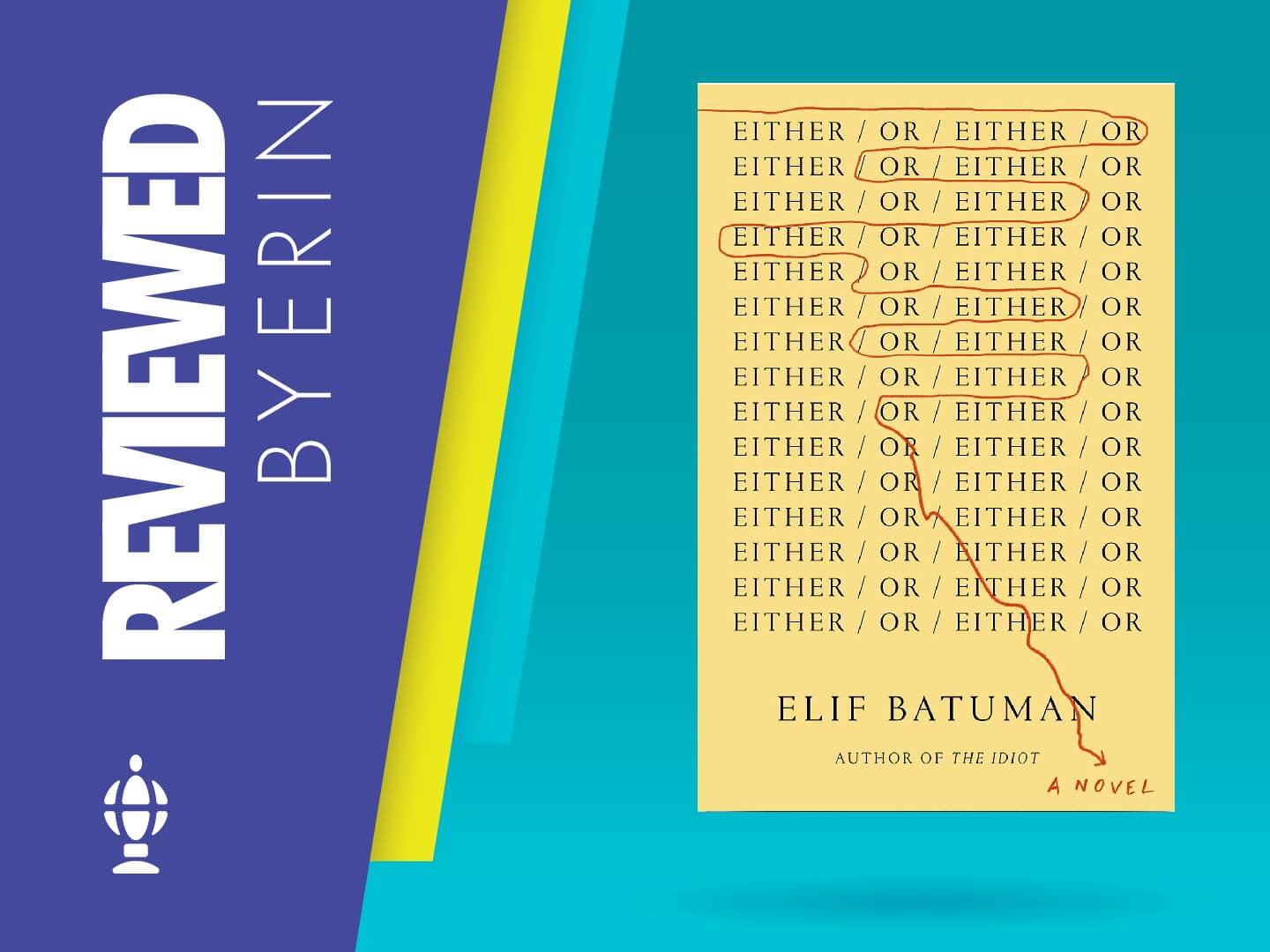 I received an ARC of Either/Or from Penguin Press in exchange for an honest review.

Oops! I did the thing I promised myself I would never do: I requested a book without realizing it was a sequel. After receiving Either/Or and recognizing my mistake, I frantically scrambled to acquire a copy of Elif Batuman’s The Idiot, which had been languishing in my TBR since its release in 2017. But it all turned out for the best—The Idiot took its rightful place amongst my all-time favorite novels, and although Either/Or didn’t quite manage to capture that singular magic, it proved to be a worthy follow-up that will certainly rank in my favorite books of 2022.

Either/Or is almost impossible to review without putting it in conversation with The Idiot, so let’s start there. The Idiot follows a young woman named Selin in her first year at Harvard in the ‘90s; it is a deliberately meandering novel, a book that intentionally has no point, which, of course, is the point. Selin constantly questions why the world is the way it is, her naïveté and genuine curiosity tantalizingly poised on the precipice of cynicism without ever falling. Her narration is like the literary equivalent of semantic satiation—poking and prodding until the things we experience every day lose the cultural baggage that ascribes meaning to them.

Batuman describes Either/Or as a “comically literal” sequel: it follows Selin during her sophomore year at Harvard, in the wake of her relationship with Ivan. Either/Or is a more reflective novel than its predecessor, more concerned with processing the events of the previous year than anything else. (The Idiot and Either/Or are almost structurally identical to Joanna Hogg’s films The Souvenir and The Souvenir Part II, respectively, and they’re not far off in terms of content either.) Although a part of me was disappointed because I essentially just wanted The Idiot again, a bigger part of me was grateful Batuman chose a different tone for Either/Or. For all its similarities to The Idiot, this is a book which has its own identity.

The Idiot is by far the funniest novel I’ve ever read. Either/Or still made me laugh more than most books, but the humor has been toned down—whereas The Idiot made me laugh once or twice per page, that ratio was perhaps once every two pages in Either/Or. I don’t think this is a failing on Batuman’s part. It’s not that fewer jokes land in Either/Or, it’s just that there are fewer jokes: this is a more somber, more melancholy book (I’m tempted to call it “more mature,” but I don’t believe Selin would agree with the application of that particular term—not because it’s inaccurate, but because it has connotations I think she would reject). It’s the black to The Idiot’s white, the yin to its yang, the jelly to its peanut butter, and it complements through contrast.

But I want more! I would have been happy with The Idiot as a stand-alone novel, but now that there are two, I need to know what happens to Selin in her junior and senior years at Harvard. Honestly, I would read a book about every year of the rest of her life (no pressure, Batuman). But if this is the last we see of Selin, she still gave us two of the best works of literary fiction to be published this side of the 20th century; revitalizing a genre that has been mostly stagnant for several decades is no small feat. Batuman is one of the most accomplished authors working today, and I am thrilled to give both The Idiot and Either/Or my highest recommendation.