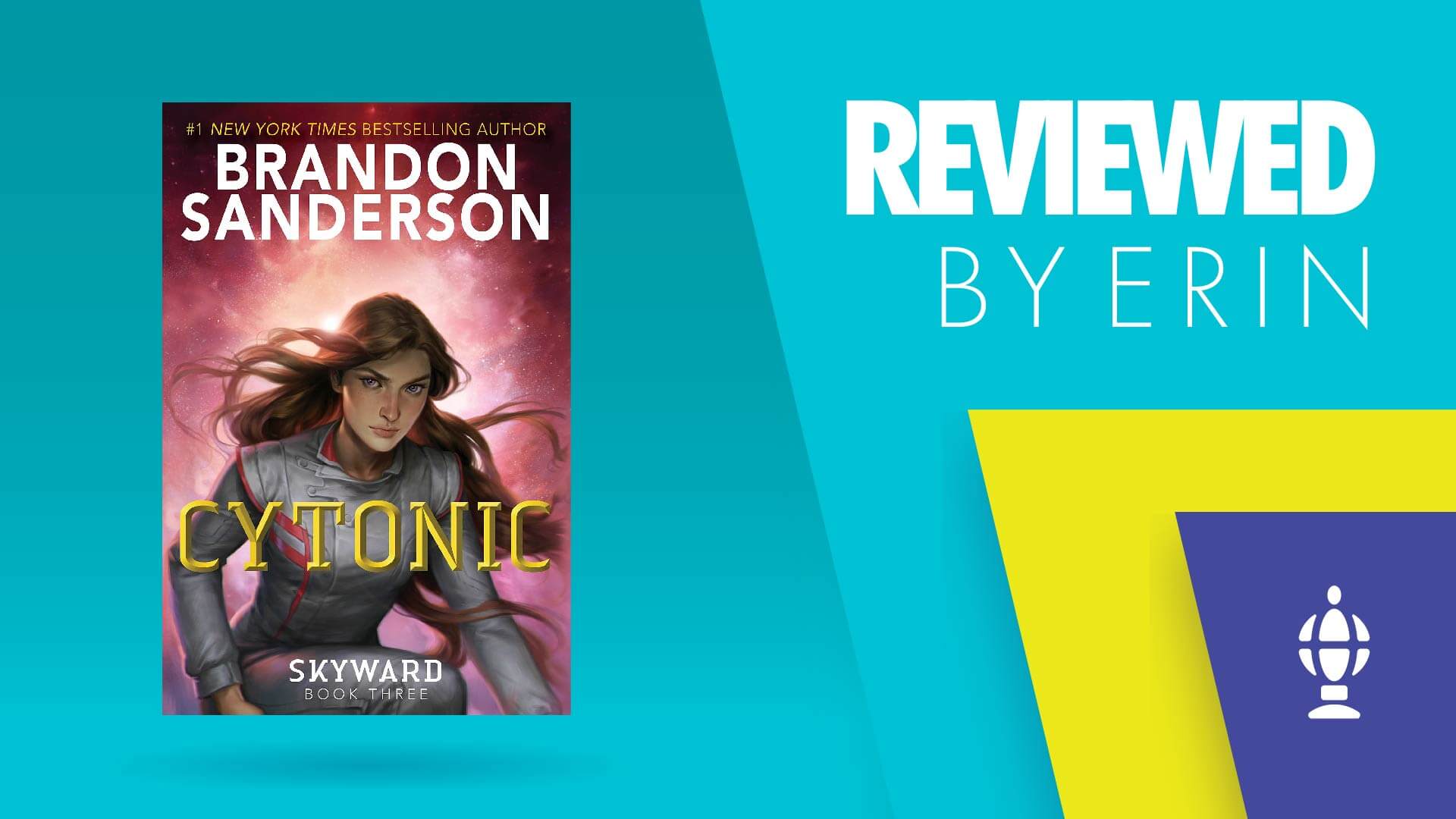 I received an ARC of Cytonic from Random House Children’s Books in exchange for an honest review.

The third volume in Sanderson’s Skyward series picks up exactly where Starsight left off, with Spensa entering the Nowhere; although the story continues uninterrupted, Sanderson again switches genres, which has proven to be the biggest strength of this series. But a fresh story structure is about all Cytonic has going for it—after Rhythm of War, a serious contender for the best book Sanderson has published, Cytonic is a shocking low that ranks among his worst.

Let’s start with the good: the genre switch. This is still science fiction, of course, but whereas Skyward was a mystery and Starsight was a political thriller, Cytonic is first and foremost an adventure story. Sanderson is able to utilize his skills as a fantasy writer more than ever before in this series, and he does so to create a quest narrative—you can almost hear The Lord of the Rings echoing between the lines of Cytonic. It doesn’t entirely work on its own terms, but the mere fact that it’s different from Skyward and Starsight revitalizes the series yet again.

The story doesn’t entirely work because it’s too slight. Cytonic feels like a novella that was stretched out to novel length, and it suffers for it; it feels like a bridge between books two and four rather than an essential entry in a four-part sequence (Skyward was originally planned as a trilogy, and I wonder if the series is now paying the price for its expansion). There aren’t enough characters to fully engage its themes, and the characters we do get aren’t given enough space in the story to earn their arcs. Cytonic just doesn’t have much meat on the bone.

What makes this especially disappointing is that, on a thematic front, Cytonic touches on something truly exciting. This is a book not about how stories shape us, but about how we choose stories to shape us. Characters in Cytonic are in constant conversation with the myths and legends (many of which come from our own world—this is where the series really benefits from not being set in the Cosmere, and where Cytonic in particular benefits from having its roots in fantasy) that have formulated their identities and worldviews, and that’s incredibly interesting! But this theme is never fully unpacked, and I was ultimately left unsatisfied.

I was also frustrated by the quality of the prose. I’ve never particularly enjoyed Sanderson’s writing on a sentence-by-sentence level, but it has been thrilling to witness the consistent improvement throughout his career; Rhythm of War was the first time I found his prose to be a genuine pleasure to read. But Cytonic lands on the other end of the spectrum—it brings out the worst from Sanderson as a writer, and although it gets better after the grating opening chapters, it’s still a startling drop in quality from his other recent work. His habit of attaching words like “however” and “unfortunately” to sentences like unwelcome barnacles continues unabated.

Cytonic has left me trepidatious for the fourth and final volume in the Skyward series, especially given that Calamity, the conclusion to the Reckoners series, is probably the weakest Sanderson book I’ve read. Although compelled by Cytonic’s thematic concerns, its twists and revelations fell flat for me, and I was wholly underwhelmed by Spensa’s journey in the Nowhere. I can only hope Sanderson will lean into the greatest strength of the Skyward series and shift genres once again for the tentatively-titled Defiant.