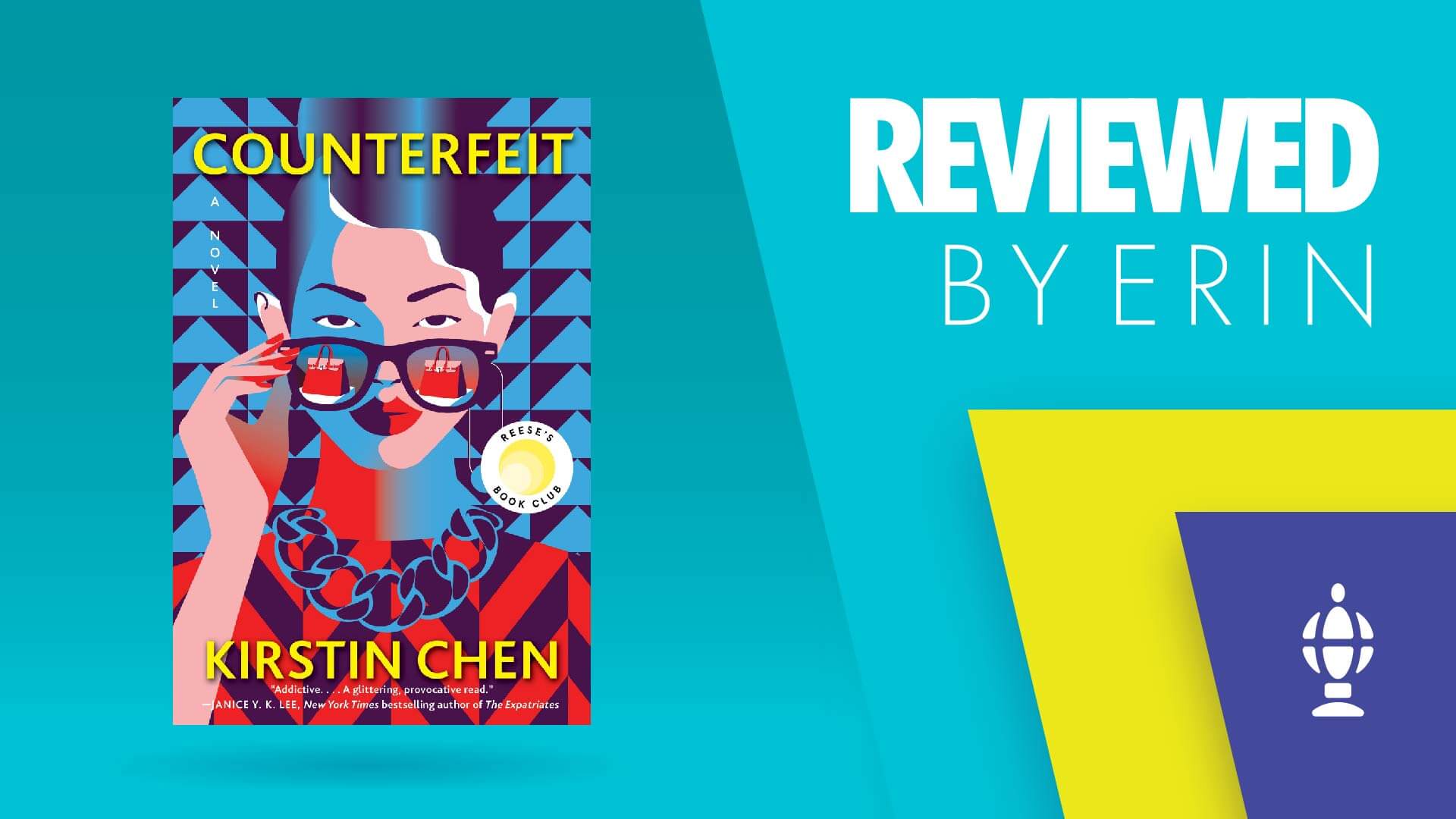 I received an ARC of Counterfeit from William Morrow in exchange for an honest review.

Counterfeit is a novel best experienced if you go in cold, but I have to write something besides “this book is good and you should read it” (although it is and you should), so here are the basics: Ava Wong is a Chinese American lawyer struggling to raise her chaotic young son, Henri, until her long-ago college roommate Winnie reconnects with her and ropes her into a scheme selling replicas of luxury handbags (there’s a bit of Breaking Bad/Better Call Saul energy here).

It’s deliciously fun. I often enjoy stories about con artists at work, and Counterfeit scratched that itch admirably. Chen, of course, is conning the reader as well, and she does so by structuring the novel in a way that reminded me of Persona 5—Ava is recounting the story in retrospect, in a sprawling dialogue-stripped monologue, and offhand comments here and there indicate to the reader that she is speaking to a detective. How did Ava get involved with the handbag scheme? How did she become so successful at it? How did she get caught? How will she escape? Will she escape? This structure generates all these questions in the mind of the reader, which makes for an engaging experience, and Chen wields it to great effect in the second half of the book.

That wouldn’t be possible if it weren’t for Chen’s crisp, highly controlled prose. Ava’s narration is both playful and insidious, but other characters allow Chen an opportunity to adopt a looser and more natural style that highlights the intentionality of Ava’s voice. Chen’s ability to subtly escalate tension is most evident in a knockout scene in which Ava brings her son to a preschool as part of the application process. It’s hilarious, but it’s also more nerve-wracking than most life-or-death fight scenes I’ve read in other novels. I was utterly delighted by it.

There aren’t many characters in Counterfeit (it’s a short book, brisk and readable), but the way Ava and Winnie contrast and complement one another generates more than enough energy to keep things moving. Their Asian identities are crucial to this story: the idea of what is real and what is fake, and how you can tell the difference, and whether it matters, are all inextricable from what on the surface seems like a fun caper about righteous scammers. Chen elegantly weaves in political subtext—subtext about what is earned and what is deserved by those who have been swallowed whole by systems of power—without it dampening the momentum of the plot, and I appreciated that. This is a refined and accomplished novel.

Okay, I wrote some other stuff. Now I’m gonna say it: this is a good book and you should read it.