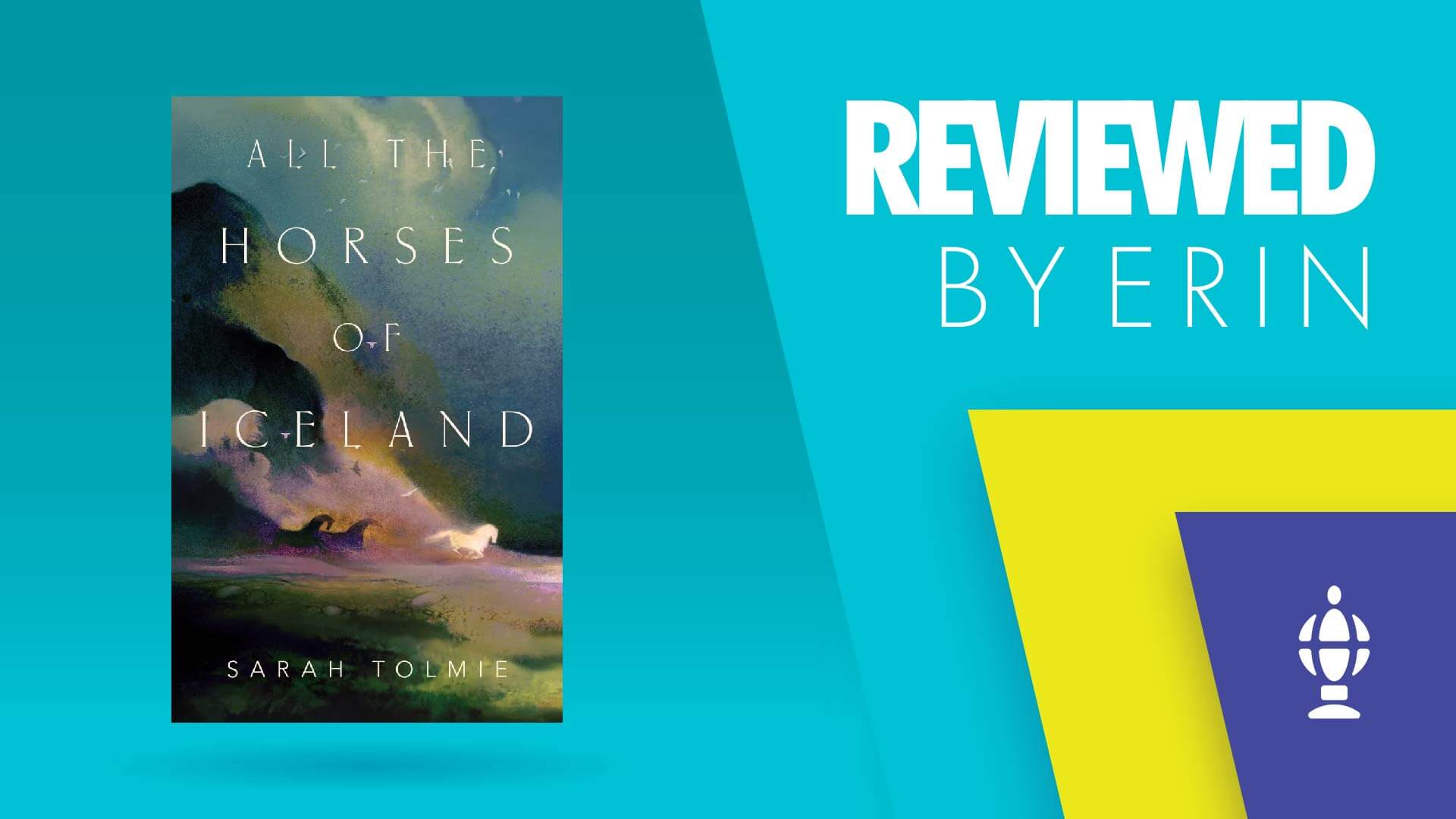 All the Horses of Iceland

I received an ARC of All the Horses of Iceland from Macmillan-Tor/Forge in exchange for an honest review.

All the Horses of Iceland is a short book, about a hundred pages, so I am going to keep this review short too. The story follows Eyvind, a trader who meets a man named David and journeys with him from Iceland to Central Asia and Mongolia; he encounters unfamiliar people, cultures, and religions, and the horses with which he returns home provide the origin story for—say it with me now—all the horses of Iceland (the others die as a result of volcanic activity). It’s a simple story, uninterested in twists and surprises, so I feel fine telling you everything up front.

The most notable aspect of this novella is its writing style, which is the plain, almost comically blunt style of mythic texts; everything—the familiar and the unfamiliar, the mundane and the fantastical—is given equal weight, which sometimes makes it difficult to distinguish between what is mundane and what is fantastical. I love the ambiguity of that liminal space. The writing style won’t work for all readers, but Tolmie does an admirable job conjuring up a literary mode which is largely nonexistent in the twenty-first century. I found parsing the dense prose to be refreshing and invigorating, as if I had unearthed something from another time or another world.

The story itself is serviceable. It’s a bit slight where the horses are concerned; they do not factor in heavily even though they are the framework around which this book was ostensibly built, and how the horses of Iceland came to be is explained through what amounts to an offhand comment. I was most interested in Eyvind’s experiences with cultural practices and religious beliefs foreign to his own understanding of the world—his caustic dismissal of such practices and beliefs reads like bigotry, but it’s hard to blame him given the small scope of information he would have had access to as a person living in the ninth century. All the Horses of Iceland is his education.

All the Horses of Iceland is a novella which will appeal to a very specific subset of readers—readers who enjoy the straightforward, no-nonsense writing style of mythic texts. If you struggle with, say, The Epic of Gilgamesh, All the Horses of Iceland is probably not the book for you. But it was for me! I enjoyed every slow, sumptuous page of this lovely little novella. I wanted more.