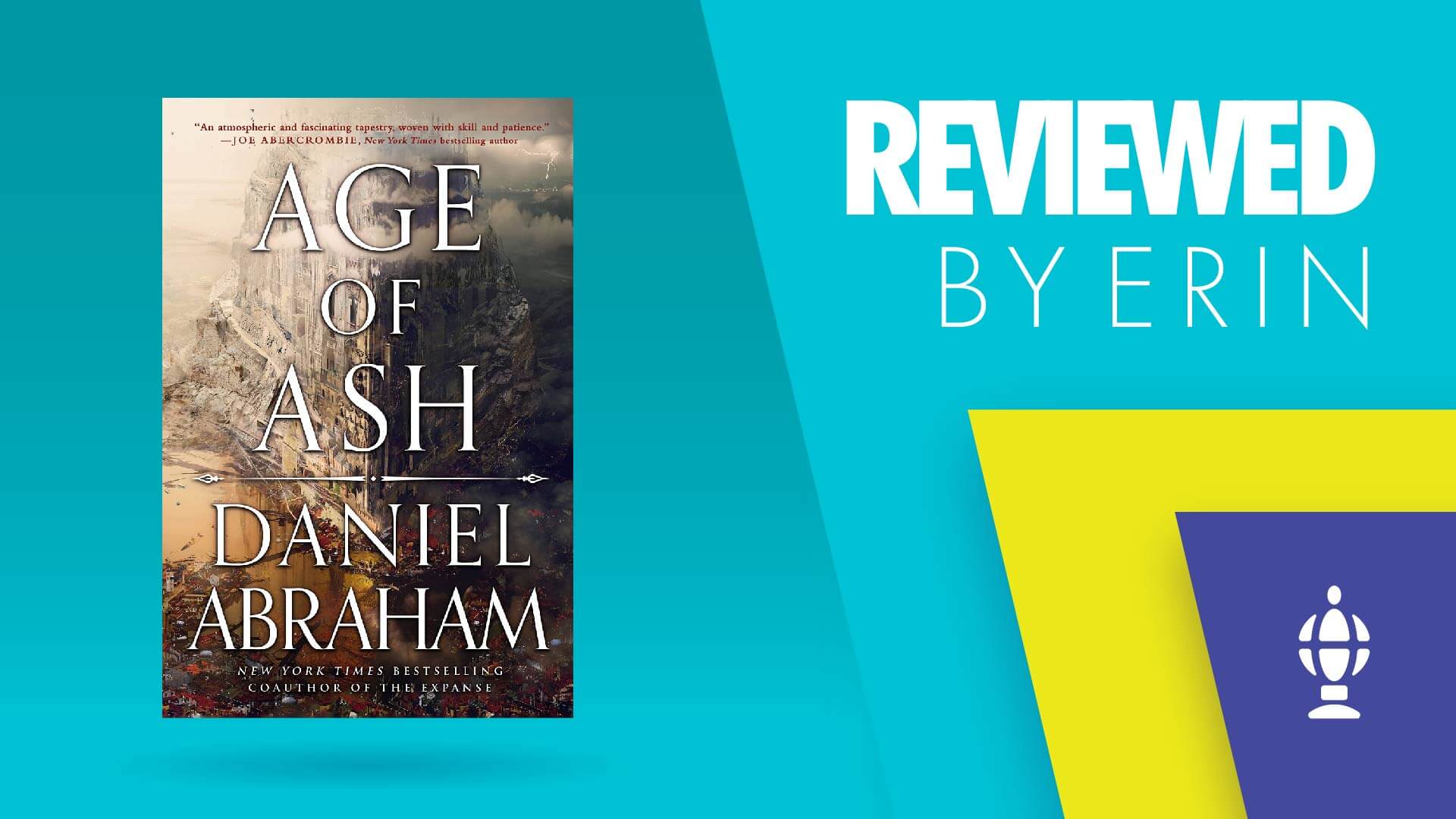 I received an ARC of Age of Ash from Orbit Books in exchange for an honest review.

As co-author of The Expanse, Daniel Abraham’s star has risen considerably over the past decade; now, hot on the heels of Leviathan Falls, comes his first entry in the Kithamar series. Age of Ash is about a young woman named Alys who becomes involved with dangerous people and mysterious plots following the death of her brother Darro, and about her friend Sammish (an endlessly-distracting name—at no point was I able to stop reading it as “sammich”), who tries to prevent her from going down a dark path. But most of all, Age of Ash is about a city: Kithamar.

It is clear that Abraham loves this city. It is a blend of peoples and cultures and histories, and although Age of Ash does not delve too deeply into the details, Kithamar has more personality than any of the characters who populate it, and it is the centerpiece of this story. It’s not the most distinctive fantasy city I’ve ever read about, but it does feel fully-realized and rich with detail, and I enjoyed wandering its streets and poking into its nooks and crannies with Alys, Sammish, and others. I hope to discover more of its layers in future books, and I have no doubt that I will.

Abraham’s character work is less successful. They are not poorly written—they have distinctive personalities, motivations, and arcs. But even though I was interested in them, I was not invested in them. That’s a crucial puzzle piece to be missing, and its absence skews the book in an almost academic direction that left me somewhat cold. Abraham attempts a narrative style loosely in the realm of The Name of the Wind, attentive to the competence of individuals in a wider world, but I almost would have preferred something more akin to Martin’s Fire & Blood: a full-on fictional history, clinical but dripping with drama. Such an approach might have served this story better.

I also found myself craving context from outside Kithamar. Where is this city located in relation to its neighbors? What greater political structures does it exist alongside (if any)? Age of Ash takes place within a national and geographical vacuum, which makes it difficult to determine what exactly is at stake. I’m not prepared to level this particular issue as a criticism of the book, because it could very well be possible that what lies beyond Kithamar is crucial to the bigger story that Abraham will tell over the course of this series, and he may be waiting to burn away that fog of war at the appropriate time. But if that doesn’t turn out to be the case, then this is indeed a shortcoming. Although it seems like Abraham wants to go deep rather than broad in Kithamar, that depth cannot come at the expense of context.

Age of Ash is a solid opener to the Kithamar series. It is neither particularly bad nor particularly good. It feels foundational; it doesn’t have many flourishes, but I believe it will function as a strong base for successive entries to build higher and showcase the literary equivalent of more distinctive architecture. Am I waiting on pins and needles for those successive entries? No. But I will read them when they become available, and I am curious to uncover whatever long game Abraham has planned.