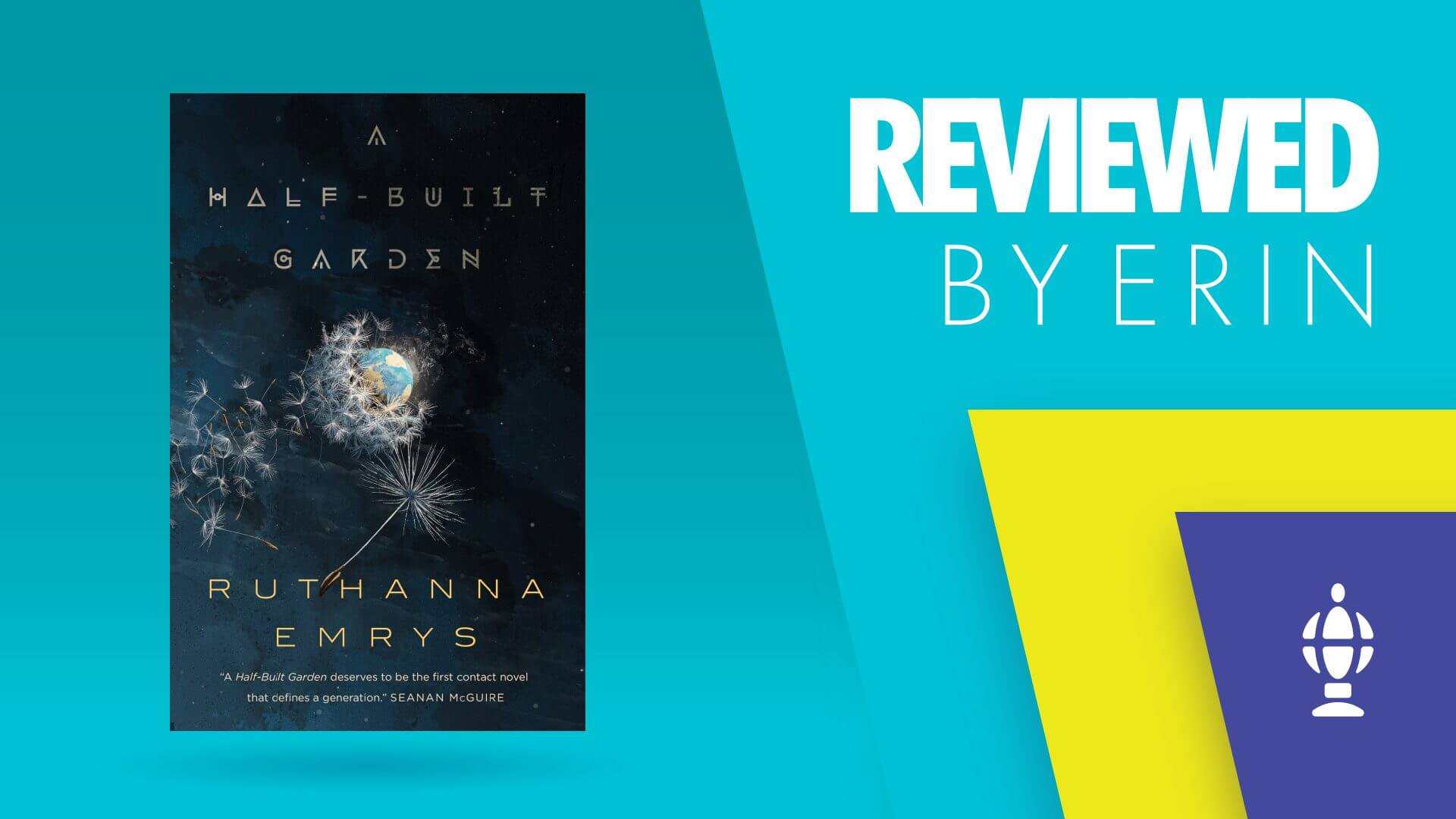 I received an ARC of A Half-Built Garden from Macmillan-Tor/Forge in exchange for an honest review.

Get this premise: in the 2080s, humanity has gotten itself somewhat back on track in regard to climate change and has begun to build a better world. Then aliens show up, and, believing that humans cannot be entrusted with taking care of Earth, insist on rescuing our species and taking us through space to a more suitable habitat. Sold! But A Half-Built Garden works better in theory than in execution, and I found myself struggling to stay invested in this story that’s dense with names but not with developed or multi-dimensional characters, or physical descriptions, or plot—all of which left me in what felt like the literary equivalent of a sensory deprivation tank, scrambling for purchase, searching for something, anything I could hold on to. Unfortunately, I never found it.

Judy Wallach-Stevens makes first contact, and she and her family function as ground zero for the relationship between humans and aliens. To say that everything goes down quite quickly would be a wild understatement. A Half-Built Garden takes place over weeks, maybe months, and the events of the book simply don’t make sense on that timeline. Within days, humans and aliens are having, let’s say…intimate relationships, and I don’t buy it. These are not humanoid aliens. On a longer timeline—filed under “years, hundreds of”—sure, you could convince me. But not days.

There are so many characters in this book, and in turn, so many names. I couldn’t remember who was who when the paucity of physical descriptions left me without much in the way of concrete characteristics I could envision. The prose felt like ice, and I kept slipping off it. Ditto character development. The story skips right past all the big questions raised by this particular first contact scenario, and it gets so tangled up in the small questions (such a gender identity/pronoun usage, which are inherently interesting but just not relevant on this timeline) that I couldn’t trace the arc of any character. Did they have arcs? Was there a plot? I truly do not know.

I have a lot of respect for this kind of fiction. I would like to live in a world where we have books that are annoyingly, relentlessly optimistic—books about how we communicate, find connection, establish intimacy, and figure out what is best for ourselves and those we love. But such books, in my experience, do not resonate if the relationships they portray feel artificial and inauthentic, which is the case in A Half-Built Garden. If Emrys had bumped this story further into the future, at least several hundred years after first contact, the human-alien dynamics might have made more sense to me. As it stands, the timeline is too rapid: things accelerate too quickly, and I was left in the cold, waiting with diminishing and ultimately futile hope for rescue while Emrys left me behind.