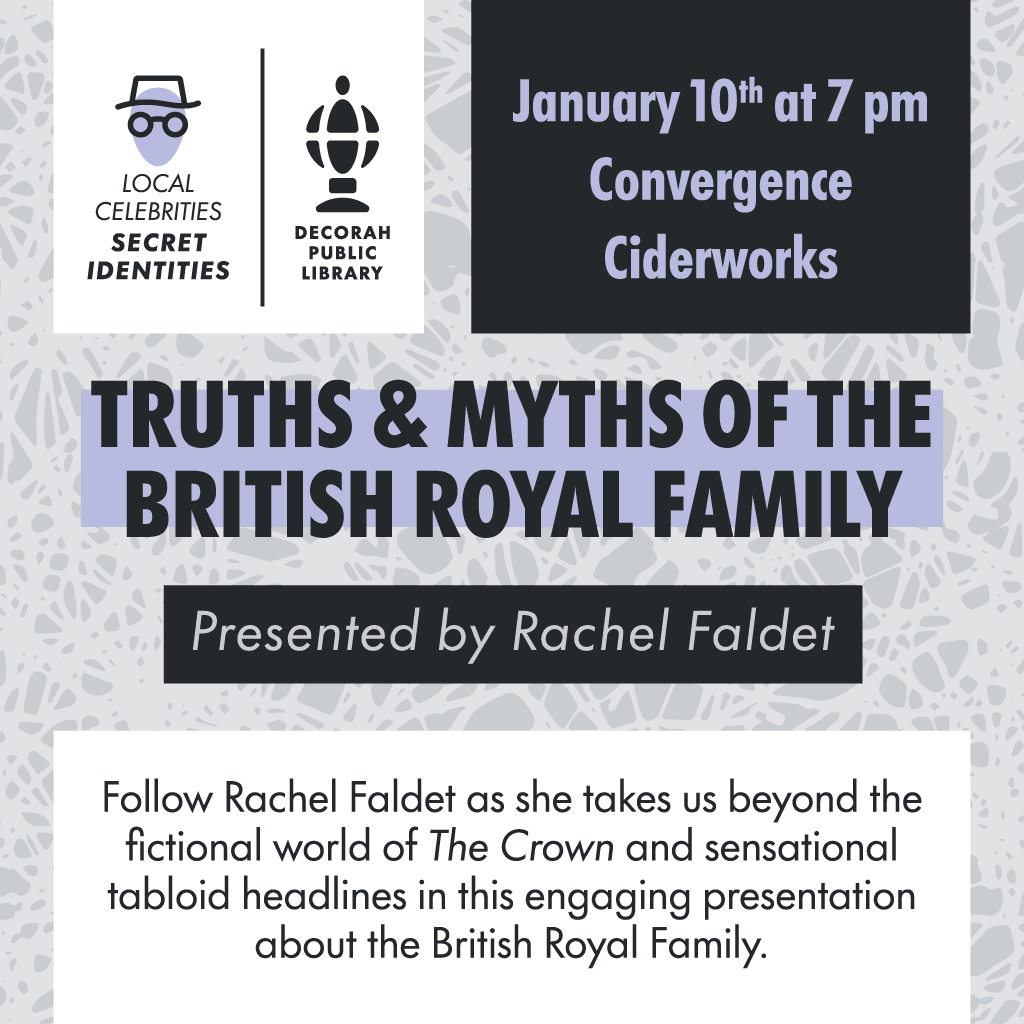 Decorah Public Library is continuing a monthly program series called “Local Celebrities, Secret Identities” designed to highlight interesting work being done by members of the community. The January program in the series is called “Truths and Myths of the British Royal Family” and is presented by Rachel Faldet. The program will take place in the at Convergence Ciderworks on January 10th at 7 pm.

Millions of people, including royal watcher Rachel Faldet, admired the late Queen Elizabeth II and are fascinated with a cast of characters in a hierarchical monarchy that traces its origins to William the Conqueror in 1066.  Based on immersion experiences of living in the United Kingdom and library-book reading, Rachel will discuss the mesmerizing concoction of mystique and relatability, fact and fiction, that the British Royal Family uses to pull members of the British and US public into their lair.

For more information about this presentation or the series, please contact Zach Row-Heyveld at Decorah Public Library – zrow-heyveld@decorahlibrary.org or by calling 563.382.3717.