Picture books aren't just for kids! This week, we've got a list of 10 graphic novels and memoirs for adults who want to do a little looking with their reading.

Speaking of looking, if you're trying to find graphic novels in the collection, look for them in the Non-fiction section instead of fiction. Libraries that organize their collections using the Dewey Decimal System (like the Decorah Public Library) shelve graphic novels with comics and other visual formats in the 741.5 section.

All library organizational systems have their quirks, so if you can't find something on the shelves, just ask! We're here to help!

Here's a link to the booklist in our catalog -
https://decorah.biblionix.com/?booklist=26171 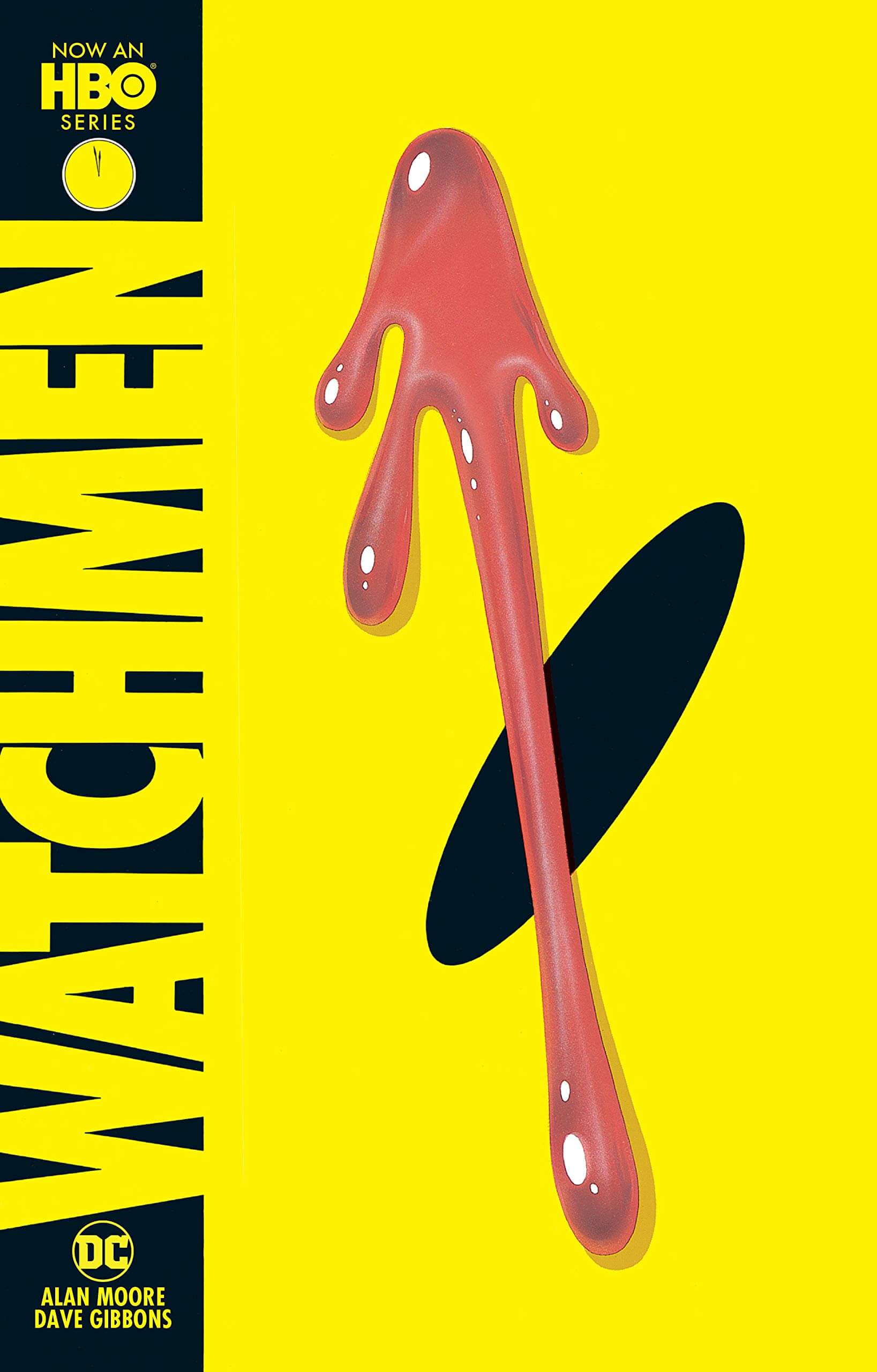 In an alternate world where the mere presence of American superheroes changed history, the US won the Vietnam War, Nixon is still president, and the cold war is in full effect!

Watchmen begins as a murder-mystery, but soon unfolds into a planet-altering conspiracy. As the resolution comes to a head, the unlikely group of reunited heroes--Rorschach, Nite Owl, Silk Spectre, Dr. Manhattan and Ozymandias--have to test the limits of their convictions and ask themselves where the true line is between good and evil.

In the mid-eighties, Alan Moore and Dave Gibbons created Watchmen, changing the course of comics’ history and essentially remaking how popular culture perceived the genre. Popularly cited as the point where comics came of age, Watchmen’s sophisticated take on superheroes has been universally acclaimed for its psychological depth and realism. 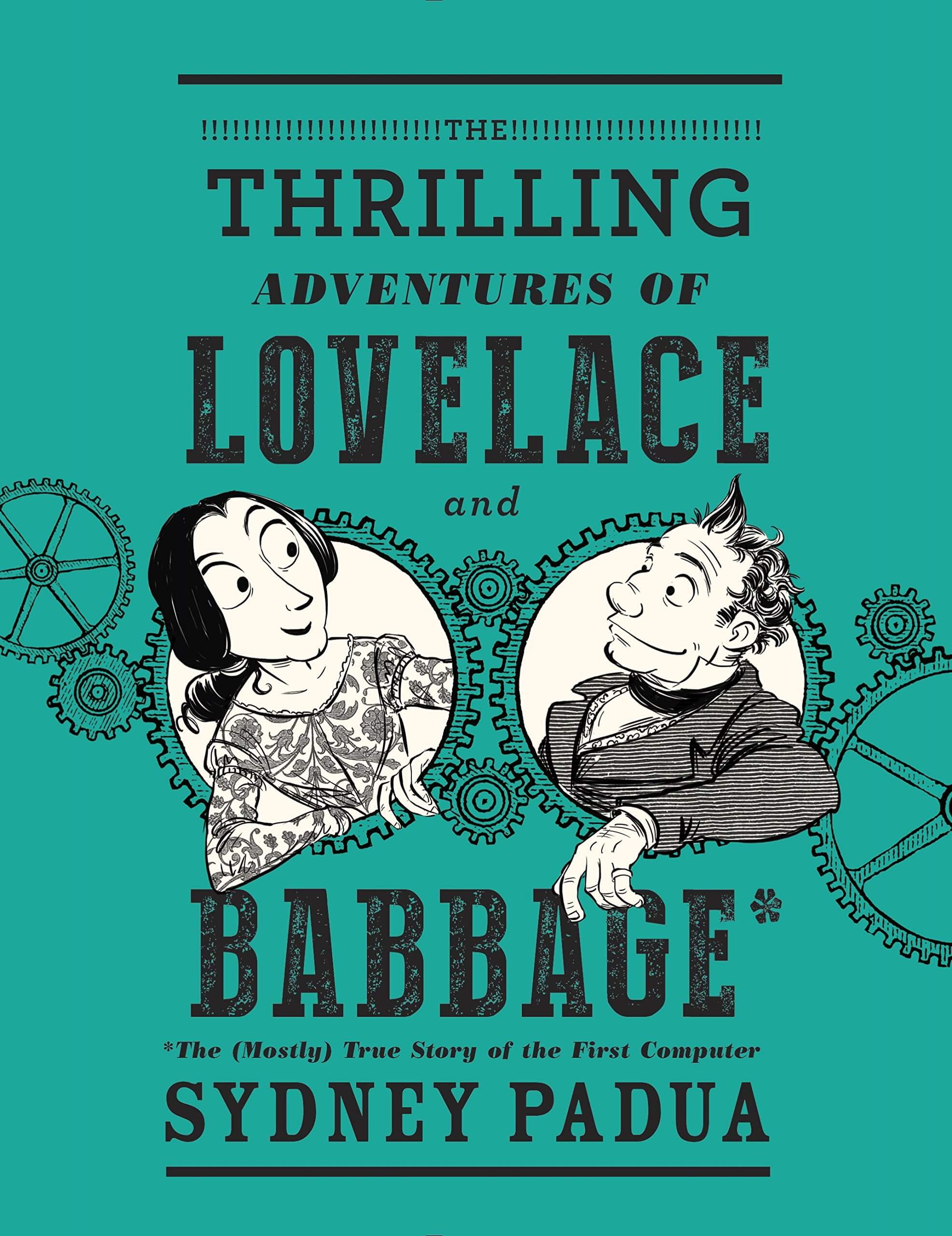 The Thrilling Adventures of Lovelace and Babbage

The Thrilling Adventures of Lovelace and Babbage by Sydney Padua

Meet Victorian London’s most dynamic duo: Charles Babbage, the unrealized inventor of the computer, and his accomplice, Ada, Countess of Lovelace, the peculiar protoprogrammer and daughter of Lord Byron.

The Thrilling Adventures of Lovelace and Babbage presents a rollicking alternate reality in which Lovelace and Babbage build the Difference Engine, the world’s first computer. They use it to build runaway economic models, battle the scourge of spelling errors, explore the wilder realms of mathematics, and, of course, fight crime—for the sake of both London and science. Complete with extensive footnotes that rival those penned by Lovelace herself, historical curiosities, and never-before-seen diagrams of Babbage’s mechanical, steam-powered computer, The Thrilling Adventures of Lovelace and Babbage is wonderfully whimsical, utterly unusual, and, above all, entirely irresistible. 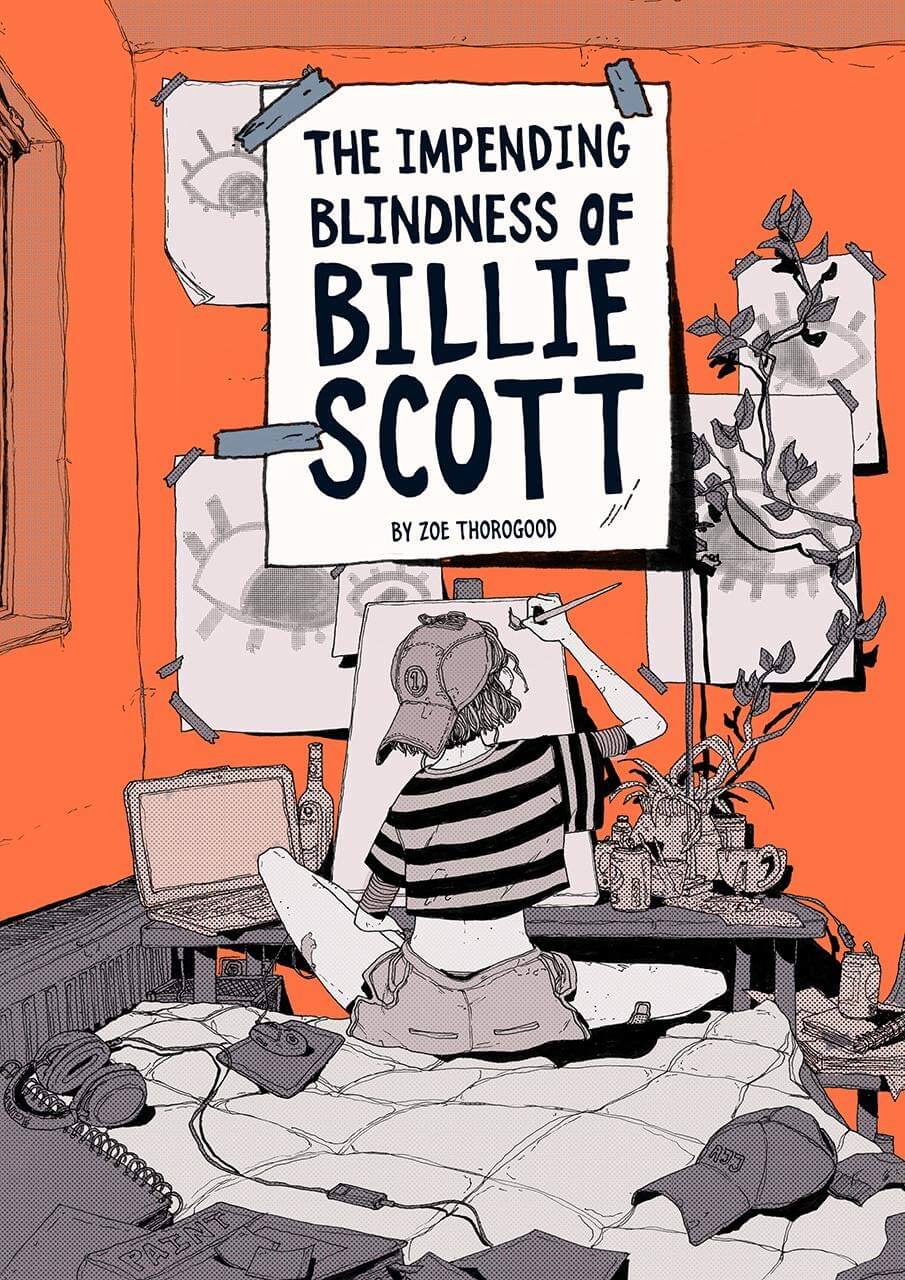 The Impending Blindness of Billie Scott

The Impending Blindness of Billie Scott by Zoe Thorogood

Billie Scott is an artist.

Her debut gallery exhibition opens in a few months.

Within a fortnight she’ll be completely blind.

Zoe Thorogood’s first graphic novel is a story about what it’s like to get something you want, have it immediately taken away from you and then how you put it all back together again. Set in a world of people down on their luck from Middlesbrough to London, it’s a graphic novel that speaks of post-austerity Britain and the problems facing those left behind.

It’s also the debut work of an exciting author who many are tipping to be a great new talent in the world of comics! 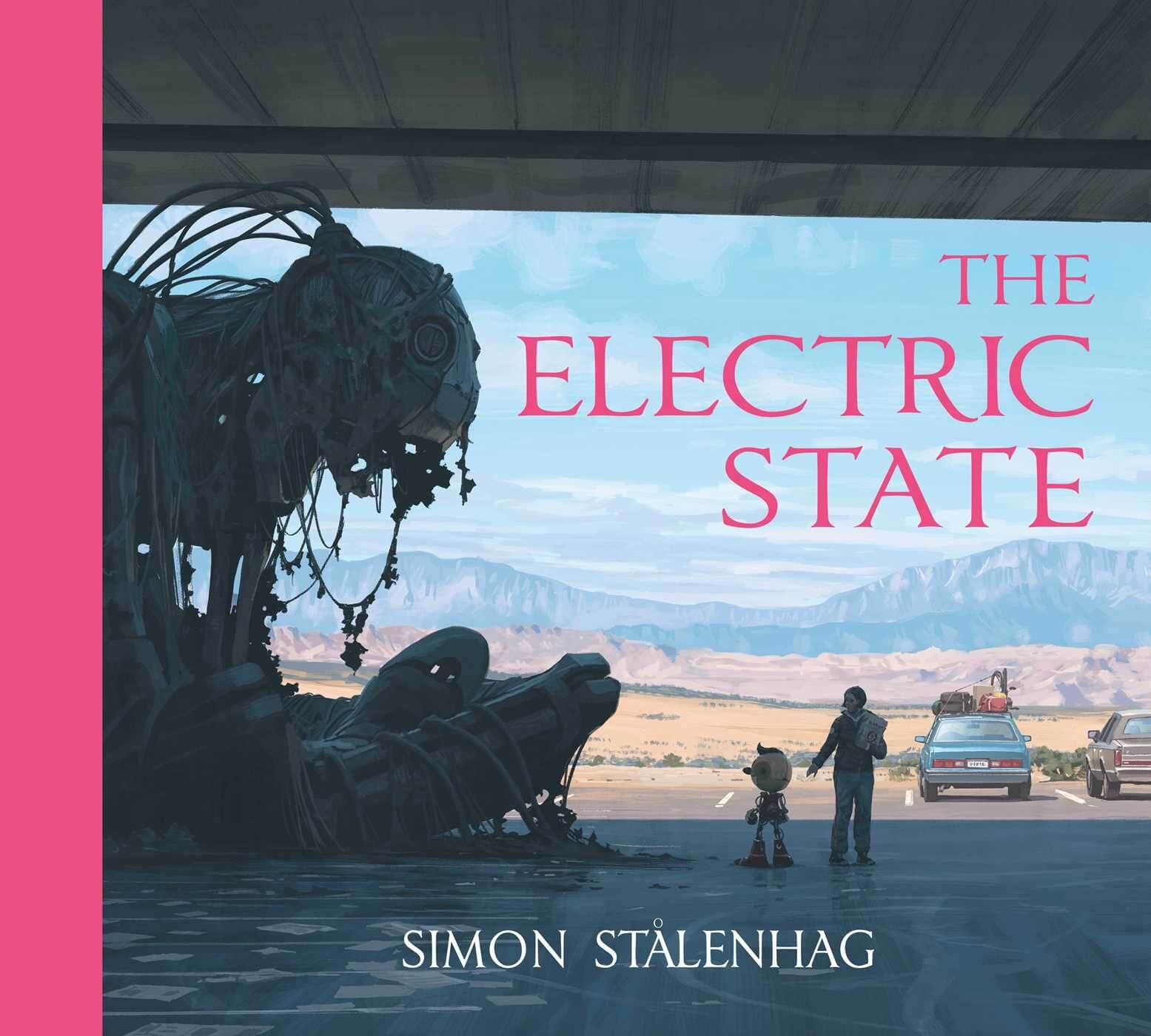 The Electric State by Simon Stålenhag

In late 1997, a runaway teenager and her small yellow toy robot travel west through a strange American landscape where the ruins of gigantic battle drones litter the countryside, along with the discarded trash of a high-tech consumerist society addicted to a virtual-reality system. As they approach the edge of the continent, the world outside the car window seems to unravel at an ever faster pace, as if somewhere beyond the horizon, the hollow core of civilization has finally caved in. 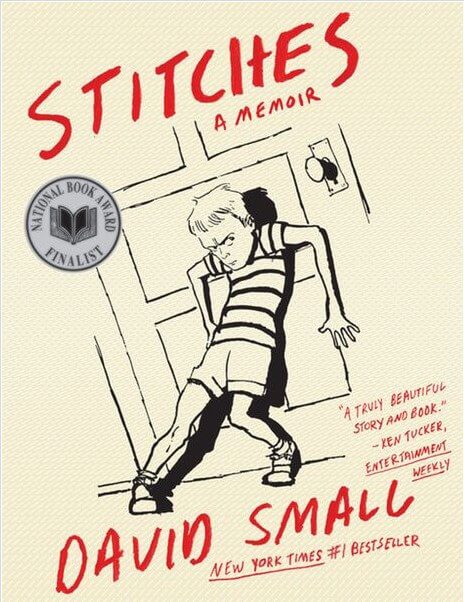 David Small, a best-selling and highly regarded children’s book illustrator, comes forward with this unflinching graphic memoir. Remarkable and intensely dramatic, Stitches tells the story of a fourteen-year-old boy who awakes one day from a supposedly harmless operation to discover that he has been transformed into a virtual mute―a vocal cord removed, his throat slashed and stitched together like a bloody boot. From horror to hope, Small proceeds to graphically portray an almost unbelievable descent into adolescent hell and the difficult road to physical, emotional, and artistic recovery. 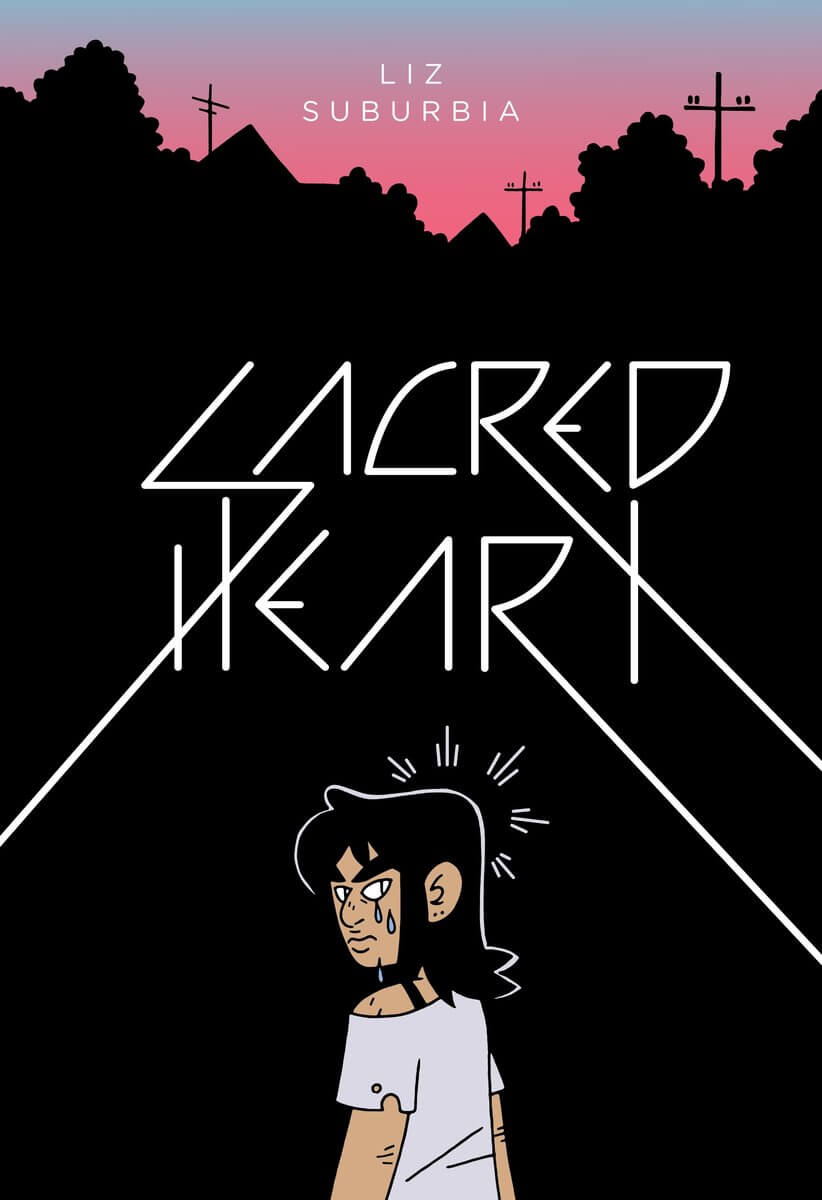 The children of U.S. small-town Alexandria are just trying to live like normal teens until their parents’ promised return from a mysterious, four-year religious pilgrimage, and Ben Schiller is no exception. She’s just trying to take care of her sister, keep faith that her parents will come back, and get through her teen years as painlessly as possible. But her relationship with her best friend is changing, her younger sister is hiding a dark secret, and a terrible tragedy is coming for them all. Filled with teenage loves and fights and parties, Sacred Heart is a wonderful coming-of-age graphic novel set against the threat of a big reckoning that everyone fears is coming but has no proof. 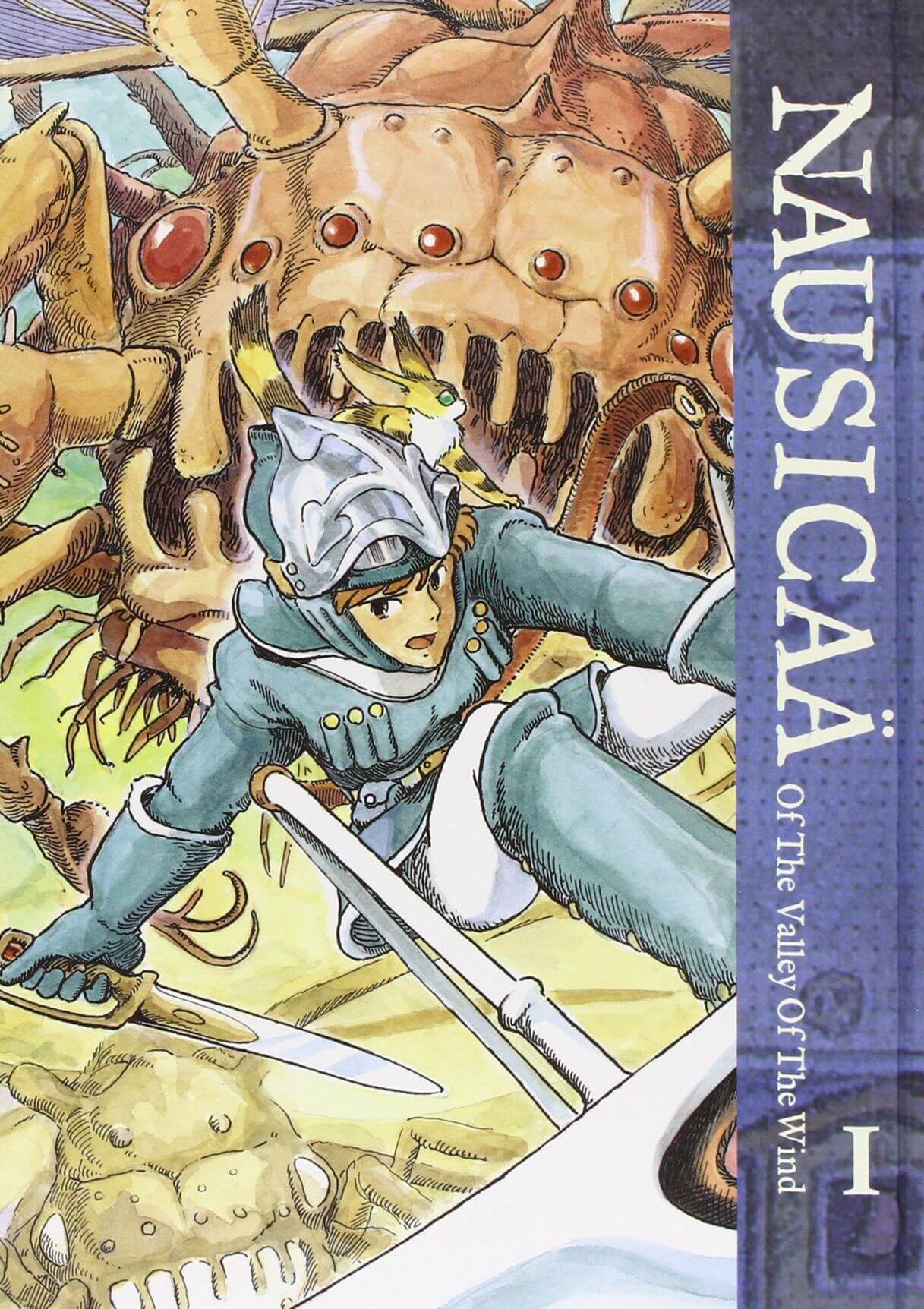 Nausicaä of the Valley of the Wind by Hayao Miyazaki

An epic fantasy tale written and illustrated by the legendary director Hayao Miyazaki!

In a long-ago war, humankind set off a devastating ecological disaster. Thriving indistrial societies disappeared. The earth is slowly submerging beneath the expanding Sea of Corruption, an enormous toxic forest that creates mutant insects and releases a miasma of poisonous spores into the air.At the periphery of the sea, tiny kingdoms are scattered on tiny parcels of land. Here lies the Valley of the Wind, a kingdom of barely 500 citizens; a nation given fragile protection from the decaying sea’s poisons by the ocean breezes; and home to Nausicaä.

Nausicaä, a young princess, has an empathic bond with the giant Ohmu insects and animals of every creed. She fights to create tolerance, understanding and patience among empires that are fighting over the world’s remaining precious natural resources. 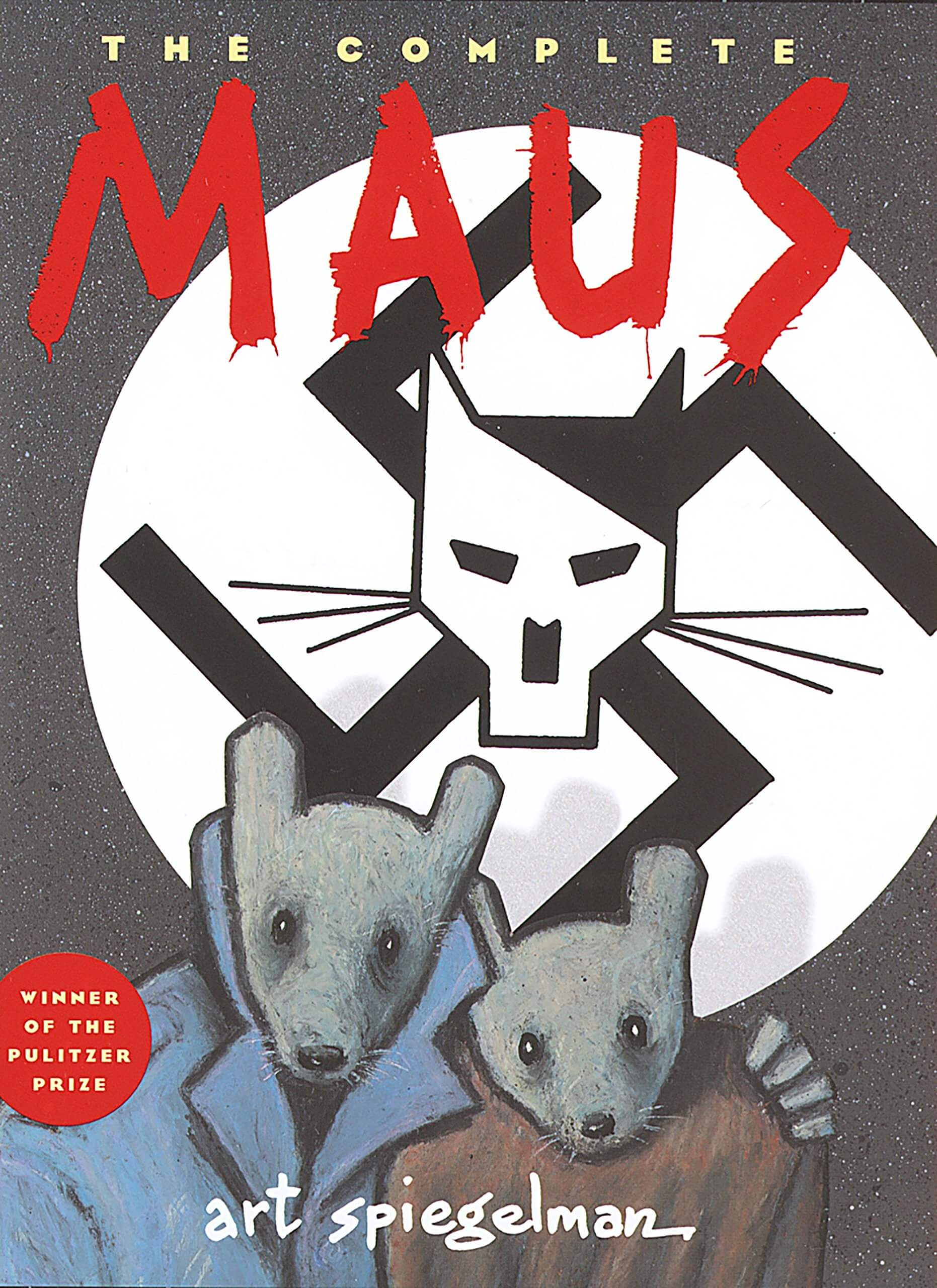 The Pulitzer Prize-winning Maus tells the story of Vladek Spiegelman, a Jewish survivor of Hitler’s Europe, and his son, a cartoonist coming to terms with his father’s story. Maus approaches the unspeakable through the diminutive. Its form, the cartoon (the Nazis are cats, the Jews mice), shocks us out of any lingering sense of familiarity and succeeds in “drawing us closer to the bleak heart of the Holocaust” (The New York Times).

Maus is a haunting tale within a tale. Vladek’s harrowing story of survival is woven into the author’s account of his tortured relationship with his aging father. Against the backdrop of guilt brought by survival, they stage a normal life of small arguments and unhappy visits. This astonishing retelling of our century’s grisliest news is a story of survival, not only of Vladek but of the children who survive even the survivors. Maus studies the bloody pawprints of history and tracks its meaning for all of us.

“How brown is too brown?”
“Can Indians be racist?”
“What does real love between really different people look like?”

Like many six-year-olds, Mira Jacob’s half-Jewish, half-Indian son, Z, has questions about everything. At first they are innocuous enough, but as tensions from the 2016 election spread from the media into his own family, they become much, much more complicated. Trying to answer him honestly, Mira has to think back to where she’s gotten her own answers: her most formative conversations about race, color, sexuality, and, of course, love.

Written with humor and vulnerability, this deeply relatable graphic memoir is a love letter to the art of conversation—and to the hope that hovers in our most difficult questions. 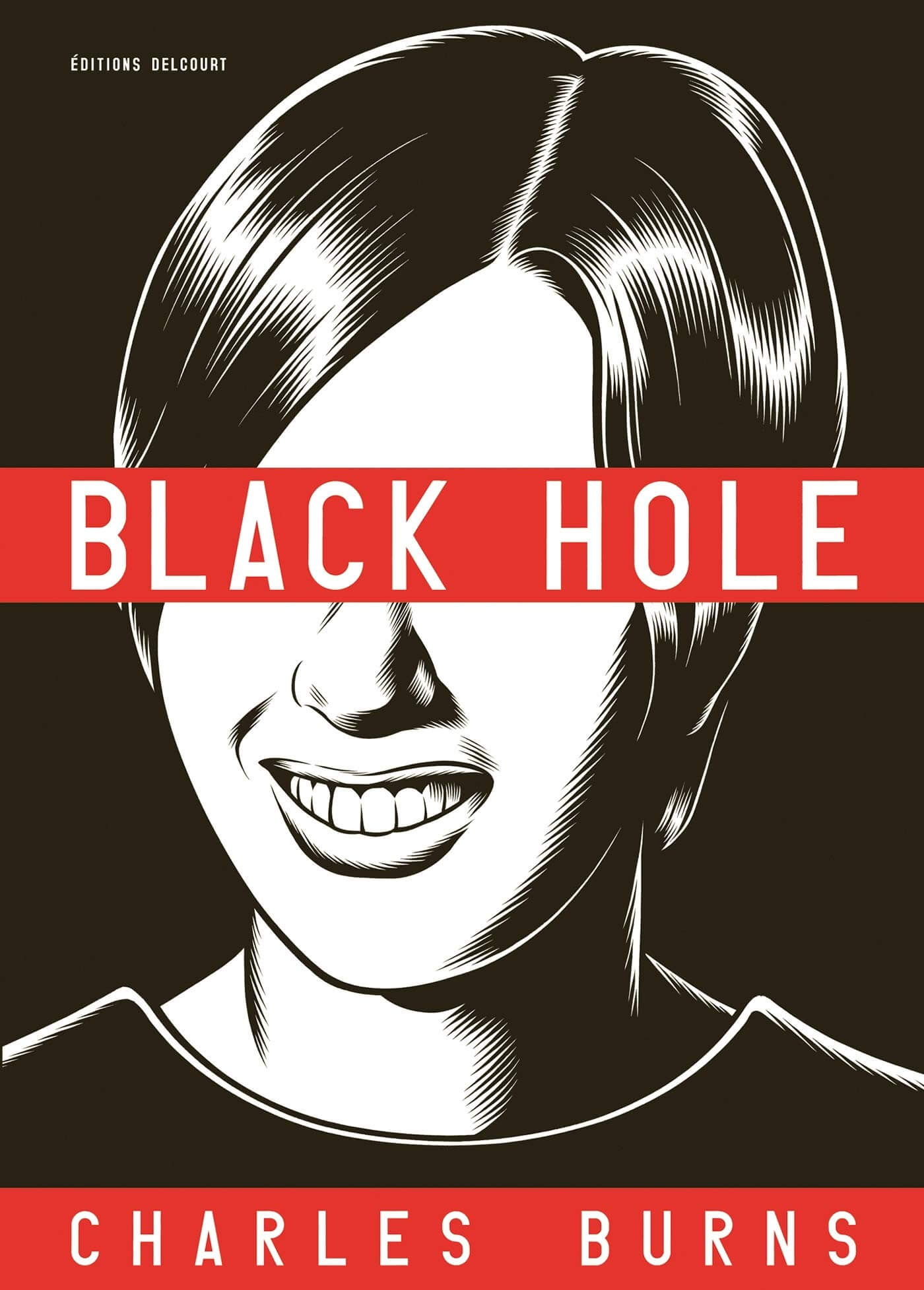 The setting: suburban Seattle, the mid-1970s. We learn from the outset that a strange plague has descended upon the area’s teenagers, transmitted by sexual contact. The disease is manifested in any number of ways — from the hideously grotesque to the subtle (and concealable) — but once you’ve got it, that’s it. There’s no turning back.

As we inhabit the heads of several key characters — some kids who have it, some who don’t, some who are about to get it — what unfolds isn’t the expected battle to fight the plague, or bring heightened awareness to it , or even to treat it. What we become witness to instead is a fascinating and eerie portrait of the nature of high school alienation itself — the savagery, the cruelty, the relentless anxiety and ennui, the longing for escape.

And then the murders start.